A man who thought he was stopping for a quick car wash ended up fighting back against armed would-be carjackers. Michael Davis says he was washing his car at Oasis in Shreveport, Louisiana, at around 2am on Wednesday when he was approached by a man pointing a gun directly at him demanding his keys and money. "He said 'give me your keys and your money,' and I said 'what'd you say?' and I took the sprayer and just sprayed it right in his face," said Davis. 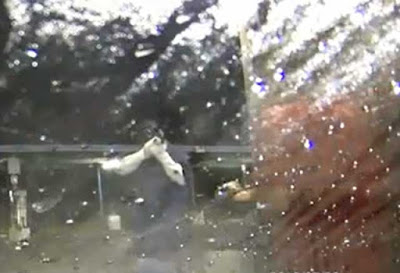 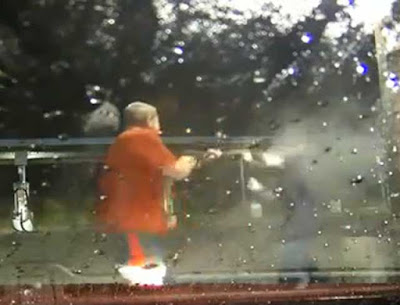 Davis' dashcam caught it all on video as Davis turned the power washer on the gunman and forced him to flee. Moments later, another man comes into view, appearing to attempt to grab the hose. Davis didn't let up, spraying the second man with the hose before swinging the wand at him. That man can be seen trying one more time to grab at the wand before also fleeing out of frame. "I heard his friend try to run and get my backside so I turned around and sprayed him and hit him and they took off running," recalled Davis, 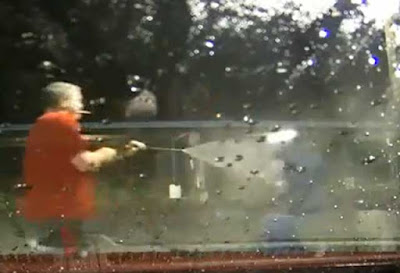 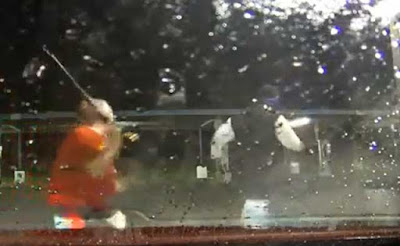 "The whole situation to me was almost surreal." Through it all, Davis never backed down and never dropped the cigarette out of his mouth, even smiling at one point during an encounter. Now, he's hoping the pair will be caught. "If they would've taken my keys and my money, they probably would have shot me anyway, plus I had my disabled veteran brother in the car, they could've done something to him as well," said Davis. The attempted robbery was over in a matter of seconds and played out like a scene from a movie.

"I wish it was a fun little acting video or skit or something like that but our lives were really in jeopardy, that's why we called police as soon as we could and got them to come out here and we made a report," expressed Davis. "I wasn't going to give up my car or money to some little thug like that there's just no way." Davis said after he hit the second man with the hose, he yelled that he was going to grab his gun, which he believes is what ultimately scared him away.

With additional news video.
Posted by arbroath at 6:06 am
Email ThisBlogThis!Share to TwitterShare to Facebook

Well it was a clean get a way!

Oh. My. God! You couldn't write this scene in a fiction novel!