A man who claimed he suffered injuries and his life was ruined after a bread delivery man allegedly punched him in the bottom has lost his High Court action for damages. John Rice, 49, a former retail security officer would probably go to his grave believing an injustice had occurred but Mr Rice should “put matters behind him”, Mr Justice Kevin Cross said. Mr Rice of Swords, Dublin, Ireland, who represented himself, faces a substantail legal bill after costs of the three day action were awarded against him. The judge said Mr Rice has not worked and has been on social welfare since the incident and believed “his life has effectively been ruined by the incident”.

Before the alleged incident, the relationship between the two men was one of “banter, high fives and back slapping”, he said. Mr Rice sued bread delivery man, Alan Muddiman of Leixlip, County Kildare, over the alleged battery which he claimed occurred as Mr Muddiman made a delivery to a Tesco store in Blancharstown, Dublin in July 2009. Mr Rice claimed he suffered severe personal injuries when Mr Muddiman allegedly assaulted him as he was checking in the produce being delivered. He claimed he was punched in the buttocks and right hip with a closed fist. He also alleged there had been a previous similar type incident with Mr Muddiman. Before this, he had resurfacing surgery on his hips and after the alleged assault, suffered pain to the lower back, right buttock and numbness in his legs, he said. Mr Muddiman denied the claims. 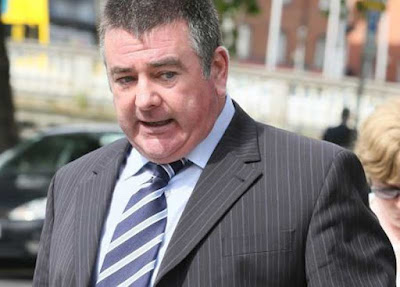 Dismissing the case, the judge said there was CCTV footage of the incident which, while from a distance, was of great assistance to the court and did not support the view a vicious blow with a clenched fist had been delivered. While the incident had all the hallmarks of not being a significant one, Mr Rice had claimed, because of an alleged previous incident, he had withdrawn his implied consent “to that sort of thing”. Mr Justice Cross said he believed, before this, the relationship between the two men was one of banter, jokes and there was a “tactile element”. At the time, Mr Rice had been working for a number of years at the Tesco store. The judge said he accepted the honesty and integrity of all the witnesses even though they gave radically different evidence. He believed the differences were due to persepctive made certain by the passing of time.

Mr Rice, he said, sued over alleged battery, alleging Mr Muddiman, while delivering bread on July 14th 2009, was talking to him. Mr Rice claimed, after he turned his back, without warning, a “vicious assault” with a closed fist took place where he was struck on the right buttock. Mr Rice had claimed something similar happened before and he had told Mr Muddiman not to do it because he had bad hips. While Mr Muddiman did not recall the precise incident, he accepted Mr Rice referred to his sore hips problem, the judge said. Mr Justice Cross said the he believed the probable result of the incident was encapsulated in a medical report which said Mr Rice suffered post traumatic adjustment disorder and depression afterwards. If Mr Muddiman had been told not to touch Mr Rice, he did not think he would have slapped his as he did, the judge said. “No doubt Mr Rice believed all his physical and psychological symptoms relate to the incident and what I have decided will be deeply diappointed to Mr Rice who probably will believe to his grave that an injustice has occurred,” the judge added.
Posted by arbroath at 6:03 am
Email ThisBlogThis!Share to TwitterShare to Facebook