Parents fight for right to name their son 'Wolf'

“We decided some months ago to call him Lobo, because of our love for this beautiful animal and because as a name it is unique and full of character. We want to bring our son up with values such as respect, love, equality, love of animals and nature, justice, kindness,” the baby’s father explained. But he was informed by the Birth registry in Fuenlabrada that he could not officially name his son Lobo because it “was offensive to the child”. 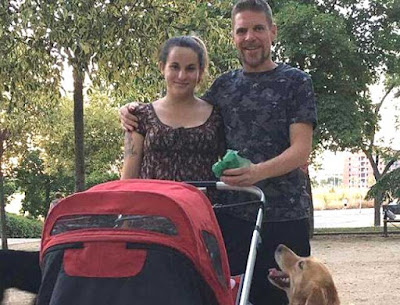 “After ten days arguing with officials we were then told that it is because Lobo is a common surname and therefore not suitable as a first name,” he said. “That does not make sense as many people in this country have first names that match surnames. We think it is unfair that our right to name our son is denied on such criteria.” The couple also point out that many first names in Spain are also animal names, such as Paloma (Dove), Leon (Lion) and Marta (Martin).

“So what is diffent about Lobo?” they ask. The couple also argue that the name Wolf, is common used in other countries. “Wolfgang Amadeus Mozart achieved undisputed success with the name, so we can’t understand how Spain has decided it is offensive and could ‘stain’ the life of our beloved son.” In a petition, that has been signed by over 2,500 people, the couple ask: “Do you, like us, think it is unfair that the criteria decided by an official has more relevance when naming a child than parents who will educate, guide and love that child for the rest of their life?”
Posted by arbroath at 6:02 am
Email ThisBlogThis!Share to TwitterShare to Facebook