A fire crew at Knutsford Fire Station in Cheshire were just about to do some training on Wednesday when a car pulled into the station, and two women rushed out. 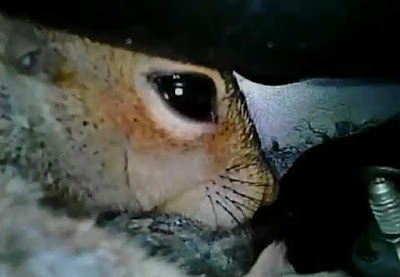 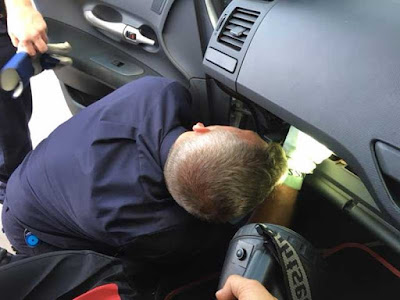 They explained that they'd found a grey squirrel laying injured on the side of the road so they had put her in a cat basket to transport her to a local animal rescue centre. 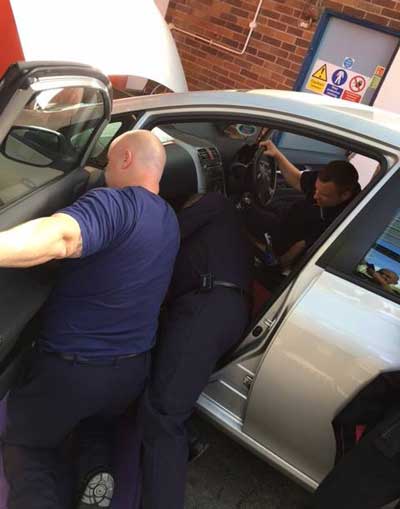 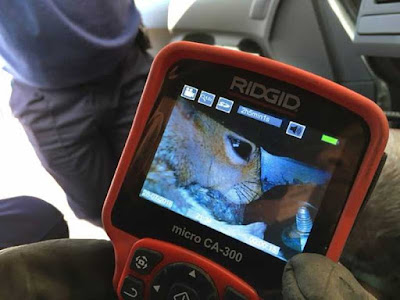 However, little they did know this particular squirrel was an expert in the art of escapism and, soon enough, she had fled from the cage and climbed up under the seat before shooting up a hole via the glovebox leading to the dashboard. Using a snake eye camera, which has a special close up lens and is able to be manoeuvred around tight spaces, the firefighters were able to look into the dashboard. 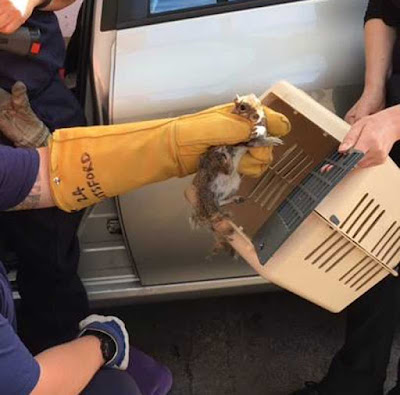 Video has no sound.

They were then able to see that the squirrel was well and truly trapped. The firefighters were able to remove the dashboard and locate the squirrel, delicately manipulating her from behind the dash and passing her into the safe hands of the two women who were able to continue on their way to the Rescue Centre. The squirrel will be returned to Delamere Forest as soon as she has had some rest and recuperation from her traumatic experience.
Posted by arbroath at 6:00 am
Email ThisBlogThis!Share to TwitterShare to Facebook