Animal service workers in Mississauga, Ontario, Canada, are being hailed as heroes after rescuing a squirrel that got its head stuck in a small hole in a recycling dumpster last Saturday. 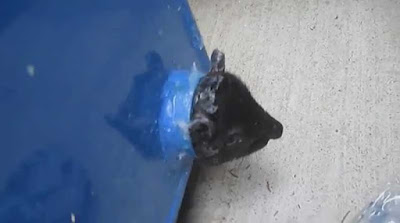 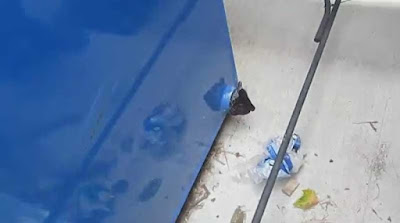 University of Toronto Mississauga (UTM) resident Malinda Gray and her sons saw the black squirrel’s head poking out of a hole in the dumpster on the UTM campus. Initially they attempted to rescue the squirrel on their own by rubbing Vaseline on its head to try to dislodge the furry rodent. 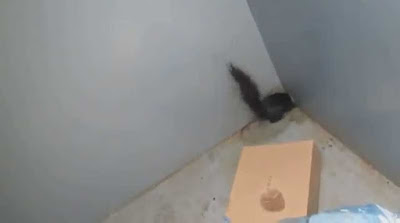 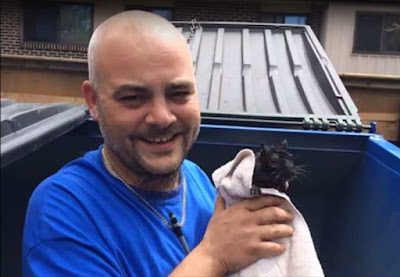 After the first Vaseline attempt failed, campus police was contacted, who reached out to the City’s Animal Services. Within an hour, two employees, Lloyd Woods and Parathan Mohanarajan, were on site and rescued the squirrel. One worker went into the dumpster and injected it with a light sedative.

The other stayed near the squirrel's head. The two employees then twisted the Vaseline-covered squirrel until its head popped through the hole. Woods then took the slightly sedated squirrel in a towel and placed him on the ground not far away from the dumpster. The squirrel quickly dashed from the scene and the crowd applauded the rescuers.
Posted by arbroath at 6:05 am
Email ThisBlogThis!Share to TwitterShare to Facebook