Chessington World of Adventures (CWOA), south west of Central London, has banned Tarzan impressions due to the noise “confusing” its resident monkeys. 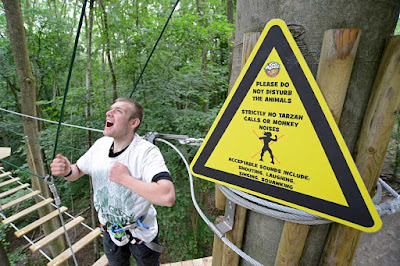 The tourist attraction has introduced a ‘chimpressions’ ban for visitors using the on-site Go Ape course, a family play area where people can swing from treetops, whooping in the style of the legendary character.

Signs have been put up warning visitors, with zookeepers having seen monkeys patrolling their pens to mark their territory and trying to mimic the noises coming from the site. Tadhg Randall, from the Go Ape team at CWOA, said: "It's normally the noises from the animals we monitor. 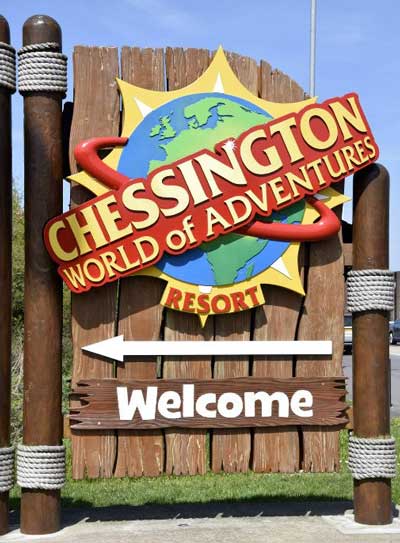 “But in this instance it's the humans we need to keep an eye on. While we don't want to place a ban on having fun, it's always important to respect the residents' wishes. Our message to our guests is simple – when full of excitement, please try and have consideration for the animals." The resort has seen an increase in visitors attempting to imitate Tarzan.
Posted by arbroath at 6:00 am
Email ThisBlogThis!Share to TwitterShare to Facebook

Methinks Carol Burnett needs to pay this place a visit.