Wild boar emerged from the sea before chasing after beachgoers

Beachgoers in Poland scrambled for safety after a wild boar emerged from the ocean and began attacking people as they lay in the sun. 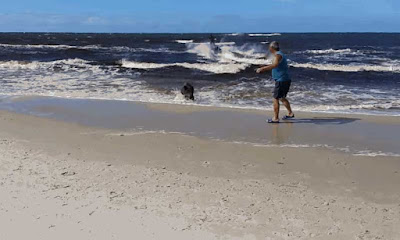 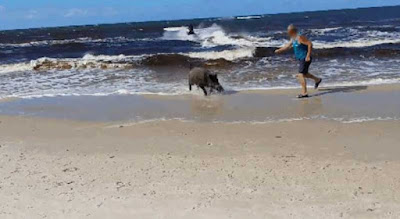 The sunbathers looked out into the waves at Karwia Beach on the Baltic Sea as the giant pig swam ashore. 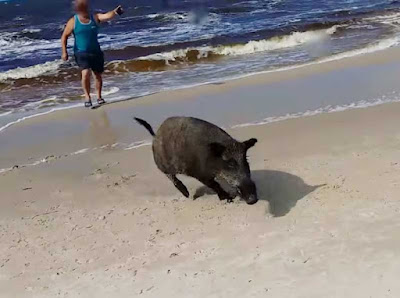 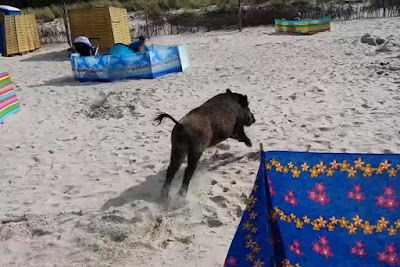 The moment it hit land the boar broke out into a sprint towards higher ground. But when it realised it had been penned in by a fence the frightened and angry boar started to ram people.

It knocked over screens and sunbathers alike before a group of men armed themselves with poles and other objects to chase the porcine invader towards nearby woods.
Posted by arbroath at 6:05 am
Email ThisBlogThis!Share to TwitterShare to Facebook