A wheelchair user has been spotted overtaking cars in Barcelona, Spain. The man was filmed by a fellow road-user, a motorbike rider who was travelling just behind the wheelchair. 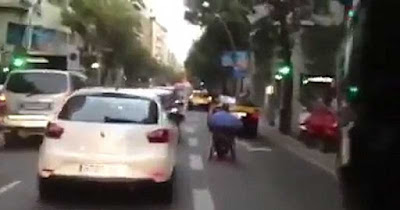 “We are aware of this incident but unfortunately there were no police officers or traffic police there at the time to tell the person to slow down,” a spokesman for Los Mossos d’Esquadra, Catalonia’s police force said. 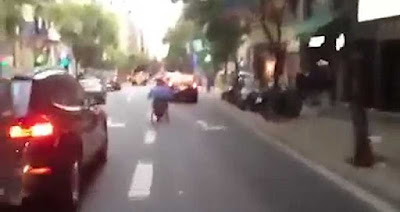 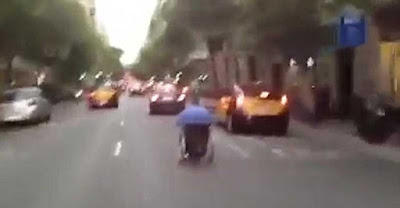 “It is definitely illegal to ride a wheelchair in such a dangerous way , putting the safety of other road users, as well as yourself, at risk,” he added. Catalan police confirmed they had not yet identified the man.

Legally, motorised disability scooters should travel on the pavement. However, motorised scooter users may use the road, providing they do not stop other vehicles from passing.
Posted by arbroath at 6:04 am
Email ThisBlogThis!Share to TwitterShare to Facebook