A Wisconsin woman is accused of neglecting her children, who authorities say were left behind while she slipped outside to prostitute herself inside a chicken coop. Sarah M. Bradehoft, 27, of Star Prairie was charged in Polk County Circuit Court with two felonies - child neglect causing bodily harm and second-degree recklessly endangering safety - and three misdemeanor counts of prostitution.

Her six children were removed from the home after Polk County sheriff’s investigators executed a search warrant there. According to sheriff’s office reports, lab test results indicated one child was exposed to amphetamines, cocaine and methamphetamine. The six children were 10 and younger, according to reports. According to sheriff’s office reports, Polk County, Wis., investigators were tipped off by a St. Croix County detective, who passed along information from a Stillwater police investigation into a prostitution advertisement online. 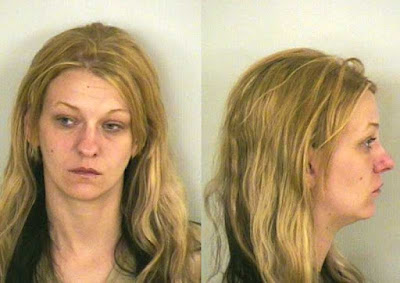 As authorities confirmed Bradehoft’s Facebook photo matched a photo in the Backpage.com ad, they were alerted that she was neglecting her children and involved in prostitution. That led to the search warrant, which was executed on May 12. A relative told investigators Bradehoft traded sex acts for money “when everyone was sleeping and that the next day she would sleep during the day and would all of a sudden have money which came from her activities through the website,” according to the report.

The relative described a lack of supervision by Bradehoft, adding that other adults in the house were left to bathe the children. Bradehoft agreed to be interviewed by investigators in the chicken coop. She told officers she needed to make money to get back to Florida and admitted to performing sex acts for cash via the website. All the acts occurred in the chicken coop, she told investigators. It was her first exposure to prostitution, she told the officers. “She simply needed money and therefore she decided to prostitute herself here,” the report states.
Posted by arbroath at 6:06 am
Email ThisBlogThis!Share to TwitterShare to Facebook

While I find this woman and females like her to be disgusting pigs, one has to stop for a moment and wonder about the type of men out there. The sex slave industry is funded by men, prostitution is funded by men, females are degraded by men. And while I believe some females don't have any respect for themselves, I can't help but realise that there are a lot of sick men in the world. Men who will have sex with someone in a chicken coop? They should be hunted down and filmed and put on the Internet. Men are sick, some females are just desperate to survive.