An woman allegedly stabbed her husband in the chest with a grill fork after he returned home without her favourite doughnuts. According to a police report, Timothy Nelson “went to get doughnuts for his wife” on Friday morning at a store near the couple’s home in New Albany, about six miles from Louisville, Indiana. 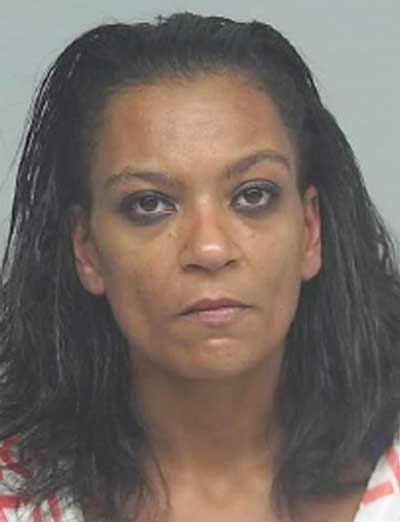 But the store “did not have the type she normally gets.” So, officers say, Nelson returned home “without the doughnuts.” This did not sit well with his wife Michelle, 37, who was upset that her spouse “did not know what else she liked after being together for several years.” 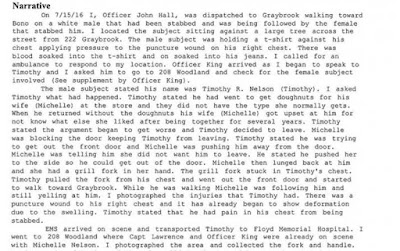 When a heated argument over secondary doughnut choices followed, Timothy sought to leave the residence, but “Michelle was blocking the door.” During the ensuing scuffle, “Michelle lunged back at him and she had a grill fork in her hand. The grill fork stuck in Timothy’s chest.” After pulling the fork from his chest, Timothy fled the home, with Michelle “following him and still yelling at him.”

When police arrived on the scene, they found Timothy sitting against a tree “applying pressure to the puncture wound on his right chest.” His t-shirt and jeans were soaked with blood. He was then transported by ambulance to a local hospital. Michelle Nelson was charged with aggravated battery, a felony, and booked into the Floyd County jail, where she is being held in lieu of $75,000 bond. The New Albany Police Department report does not identify Nelson’s favourite doughnut.
Posted by arbroath at 6:05 am
Email ThisBlogThis!Share to TwitterShare to Facebook

The spouse occasionally tries to pull the "you should have read my mind" horseshit on me from time to time. This is something the other spouse must jump on with both feet right away, and not apologize, or it'll get worse.

In the words of the inimitable Barney Fife (Don Knotts):