A man and woman were rescued after they scaled down a chimney at a seven-storey building while intoxicated and got stuck on Saturday morning, police say. 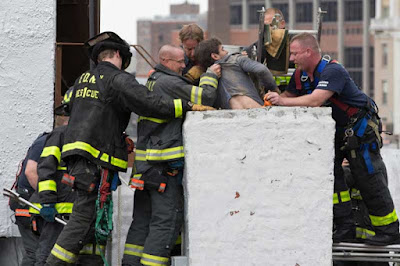 The couple, allegedly drunk, were visiting a friend at 17 Allen St in Manhatten, New York, when they decided to scale down the chimney, police said. Gregory Massuelle, 28, got stuck 13 feet down the chimney. 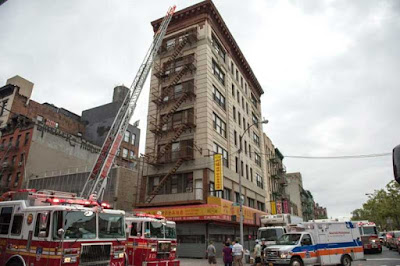 His girlfriend, Alexia Elodie, 25, followed him down the chimney and also got stuck. Police and FDNY arrived at the building at 7:37am and had to break into the House of Marley, which sells Bob Marley memorabilia, to get to the couple. 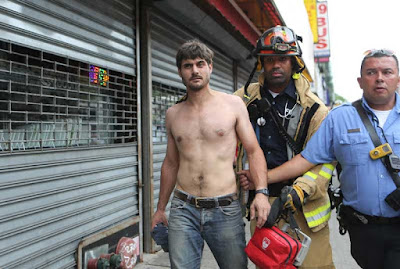 A half-empty bottle of Tequila was found on the roof next to the chimney along with a collection of beer bottles. Elodie was taken to the hospital with minor back abrasions and Massuelle, suffered a minor bruise to his right knee, police said. Neither were arrested.
Posted by arbroath at 6:06 am
Email ThisBlogThis!Share to TwitterShare to Facebook