Appeal for return of Gordon Bennett the golfing mannequin

A well-loved seven-foot mannequin has been stolen from its owners in Sidcup, south east London. The golfing-clad giant figurine called Gordon Bennett was a popular icon in North Cray Road that stood watch in his owner's garden. 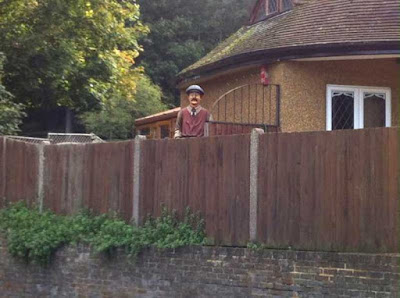 He was last seen at 6am on Sunday by a passer-by on their way to work. Gordon’s owner, Geraldine Noonan-Wood, 56, is now appealing to the public to get him back. She said: “I have people knocking on my front door asking me where he’s gone. He gets Christmas cards and postcards.

“If he turns up at someone’s house he is going to be known immediately. The more people know the more chance we have of finding him. People have got ever so emotional about it - a policeman turned up with a bit of a wry smile on his face but by the end he was really gutted to hear about it too. 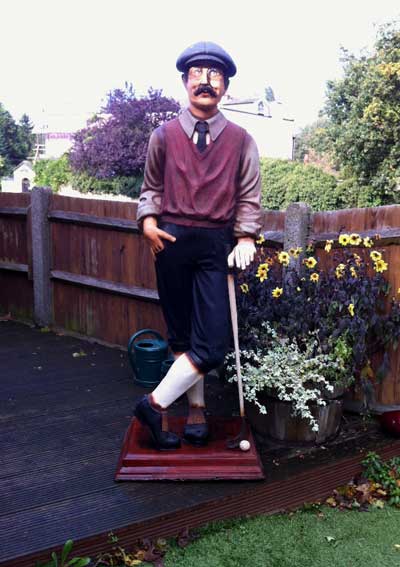 “He’s not worth anything financially but obviously Gordon is of sentimental value.” Gordon Bennett was mistakenly purchased as a 3ft tall statue after a family holiday in Portugal. Mrs Noonan-Wood’s husband Philip was surprised when Gordon arrived in the post at more than twice the height he had expected.
Posted by arbroath at 6:00 am
Email ThisBlogThis!Share to TwitterShare to Facebook