A dead rat with a cigarette stuck in its mouth was hung in public view from a tree branch in an escalation of ‘mindless’ anti-social behaviour at a trouble spot at Wolverhampton in the West Midlands. Residents in Bushbury are up in arms over increasing problems at a private strip of land known locally as The Orchard on the corner of Church Road and Three Tuns Lane. Police, who tweeted a picture of the rat, are setting up a camera at the spot this week. 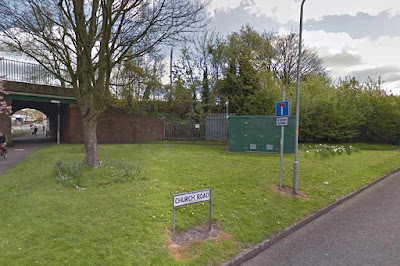 Officers have also served Community Protection Notices (CPN) on two brothers, aged 35 and 38, in connection with the rat incident as well as other offences, including suspected drug taking and dealing. The overgrown site is littered with needles, alcohol bottles, bags of excrement and other debris. Police are working with Wolverhampton City Council to address residents’ concerns following several complaints about activities at The Orchard and the nearby derelict Woodbine pub over the past few months.

They have made several visits to the area and are expected to serve more CPNs banning the holders from the locations. Last year police served a CPN on the land, owned by a woman in Cumbria, ordering her to clean it up. She complied but the site, surrounded by steel fencing, has become over-run with litter again. Sgt Gavin Plumridge, based at Low Hill police station, described the main culprits as being members of a well-known family and their hangers-on. He said: “The discovery of a hung rat at the site illustrates the mindlessness of the individuals involved and the team are keen to prevent further similar acts of cruelty. 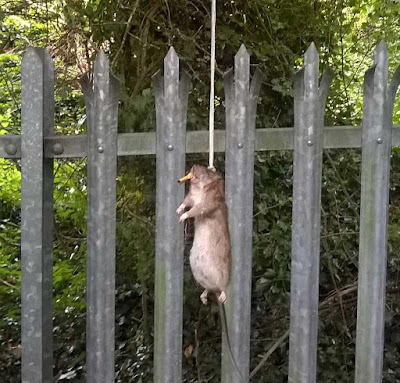 “A considerable amount of work is under way with the respective land owners to try and secure the land correctly which will assist the team in achieving our goal of reducing crime and anti-social behaviour in the area. Several site visits have led to a number of local males being identified and the team are currently in the process of issuing Community Protection Notices to them, which will help prevent further issues relating to the site.” He said the rat had been hung up on a branch by a shoelace, adding: “We believe the people we’re targeting are responsible for that.” The camera is due to be installed close to a 10ft gap in the fencing, used by the group as an entrance. It is understood this small section is owned by a company.“
Posted by arbroath at 6:00 am
Email ThisBlogThis!Share to TwitterShare to Facebook