Police in Paraguay raided a drug lord's prison cell, only to find he was living a life of luxury. In the three-room cell, they found a conference room, plasma screen television, library and kitchen. 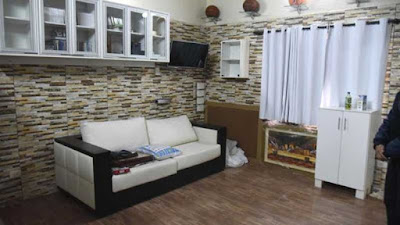 The cell also had air conditioning, comfortable furniture, an en-suite bathroom and a DVD collection. The interior of the cell, which was occupied by Brazilian drug lord Jarvis Chimenes Pavao, has now been destroyed. 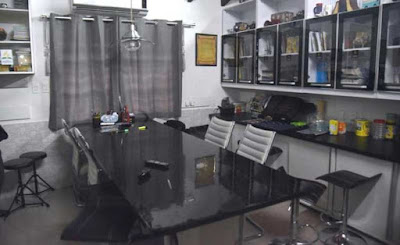 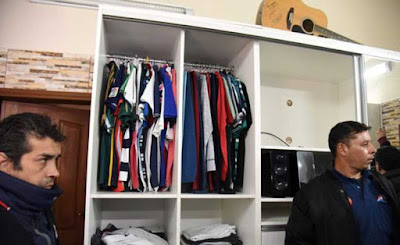 Police had learned Pavao was planning to escape by using explosives to blow a hole in the wall of the prison. Pavao was due to complete his sentence for money laundering next year, at the end of which he was likely to face extradition to Brazil. He has now been transferred to a special unit away from his luxury cell in Tacumbu prison, near the capital Asuncion.

An investigation is now under way to see which officials had allowed Pavao to set up his life of luxury. Prisoners at Tacumbu said that anyone wanting to stay in the luxury unit had to pay Pavao a one-off fee of $5,000 (£3,778) and a weekly rent of $600. "He was the most loved man in this prison," one inmate, Antonio Gonzalez, said.
Posted by arbroath at 6:03 am
Email ThisBlogThis!Share to TwitterShare to Facebook