An argument that started over sloppy mango peeling ended up with an 84-year-old Florida man stabbing his wife, police say. Uriel Bradshaw was arrested on Saturday night and charged with aggravated battery with a deadly weapon.

He is being held at the Palm Beach County Jail on $10,000 bail. Bradshaw was eating mangoes in one of the bedrooms in the couple’s West Palm Beach home when his wife walked in. She became irritated when she saw Bradshaw leaving parts of the mango on the floor, the arrest report says. 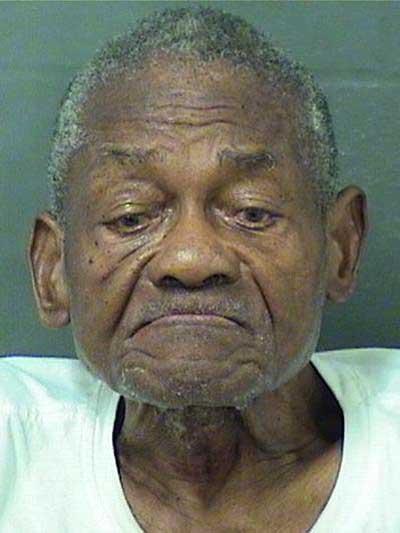 An argument followed, until Bradshaw stood up and lunged at the victim with a steak knife. The 65-year-old woman told police that he stabbed her twice. The victim ran across the home and started banging on the walls, trying to alert her daughter living next door to call police.

Police could see fresh wounds on the victim’s right shoulder and chest. Upon searching the residence, police found a knife and blood stains throughout the home. Bradshaw admitted to police that he got into an argument with his wife over the mango peelings, but did not remember stabbing his wife. Bradshaw does not have any previous felony charges, according to court records.
Posted by arbroath at 6:05 am
Email ThisBlogThis!Share to TwitterShare to Facebook