A police officer in Maine attempted to pull over two cows after they were reportedly menacing cars on Thursday afternoon. 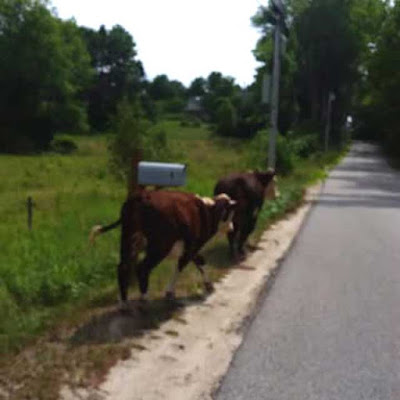 Officer Ernest MacVane was responding to two young cows that had escaped and wandered onto a road. He says he made the video of an attempted arrest of the cows for his 10-year-old son and fellow officers. 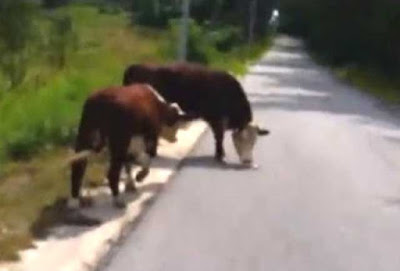 In the video posted on the Windham Police Department's Facebook page, MacVane says: "We have a possible mad cow situation here. We're gonna handle this. Alright you guys I need you to step to the side and put your hands up."

He warned the bovines after they attempted to flee: "Don't run from me - I'm the police!" He also told them: "Down on the ground, stop resisting!" MacVane says he hopes the video gives people a laugh and puts a human face on police officers.
Posted by arbroath at 6:04 am
Email ThisBlogThis!Share to TwitterShare to Facebook