An extreme marathon is to be reunited with a stray dog that befriended him during a gruelling race in China, thanks to a crowdfunding appeal. Dion Leonard was taking part in the 4 Desert Race when he met Gobi in the Tian Shan mountain range. The pair quickly became friends after Gobi matched Dion step for step along the seven-day, 250-kilometre route. However, he had to leave Gobi at the finishing line and hoped to bring him home to Edinburgh, Scotland. 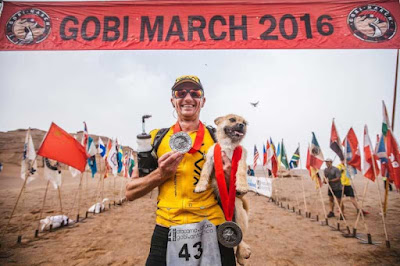 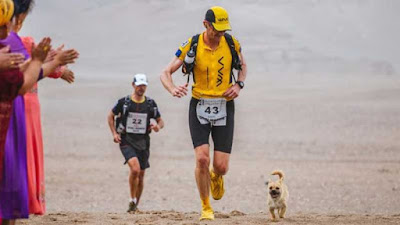 Mr Leonard launched a crowdfunding appeal to raise the £5,000 needed to cover the medical and quarantine costs in order to "bring Gobi home". That target was smashed within 24 hours, with 272 backers raising more than £8,600. He said the pair had quickly formed a bond. "Basically on day two she decided to run with me on one of the stages, which was around 25-30 kilometres over the Tian Shan mountain range. 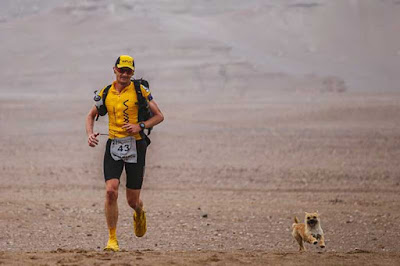 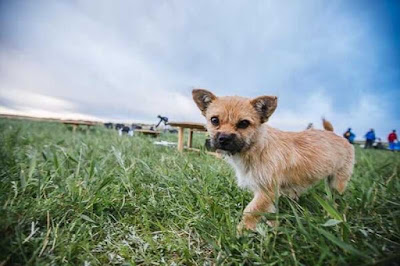 "She'd actually been with us the day before running through one of the largest sand dunes in China, so she was well-versed in running with all the competitors there, but on day two she decided to stick with me. She would run ahead of me and wait for me 20 or 30 metres down the road and then I'd have to catch up with her ... she's such a small dog but had a massive heart. "There were times during the race when, you know I'm there to race and compete and I'm trying to do my best to win the race but we had to cross some really large rivers where I would have to carry her over them. 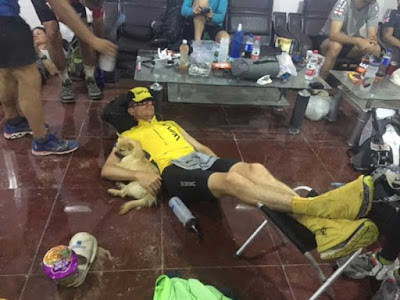 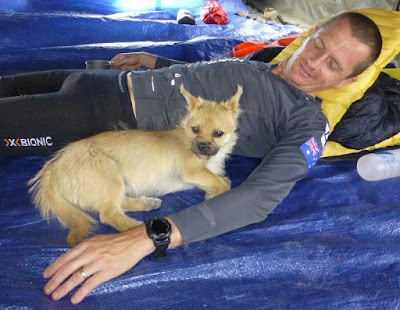 "I didn't actually have the time to do it but I realised then that I had to take her with me and the bond was made." Mr Leonard said Gobi was still in the desert in China and was being looked after by a friend. He said they were in the process of trying to organise for her to be taken to Beijing for medical tests and quarantine procedures before she could be flown to the UK. He said he was hopeful she would be in Scotland in time for Christmas. "That would be amazing", he said. "That would be the best Christmas present ever. I'm hopeful that will happen and I'm really thankful for all the support funding-wise because that's certainly made things a lot easier."
Posted by arbroath at 6:01 am
Email ThisBlogThis!Share to TwitterShare to Facebook

now thats a dog who dose not take NO for a answer !