Man baffled by mysterious hole that appeared in his greenhouse

A man has been left baffled by the mysterious overnight appearance of a strange hole in his greenhouse. Steve Fennell, of Stourbridge in the West Midlands, has been left scratching his head after finding the weird hole, "near perfectly cut" and measuring about 10cm in diameter, in a pane of glass on his greenhouse.

He said: "How strange, I thought, as I knew it wasn't there before. Who would want to do that and why?" Even weirder, is that he discovered the hole "appears to have melted smooth edges around it" and after a hunt around he found the missing glass lying in two half-moon shaped pieces inside the greenhouse. 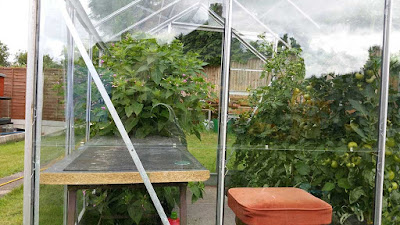 He said: "I noticed a piece of the missing glass approximately 40cm away from the hole on the table inside the greenhouse but this was only half of it with no other sign of the other half anywhere. Things were getting stranger by the minute. Finally, after a good ten minutes of looking on the floor and around the area for the rest of the glass I discovered the remaining half also on the table, although 140cm away from the hole it had come from." The unusual discovery on Saturday morning left Steve "somewhat perplexed" and wondering if someone had played a practical joke on him. 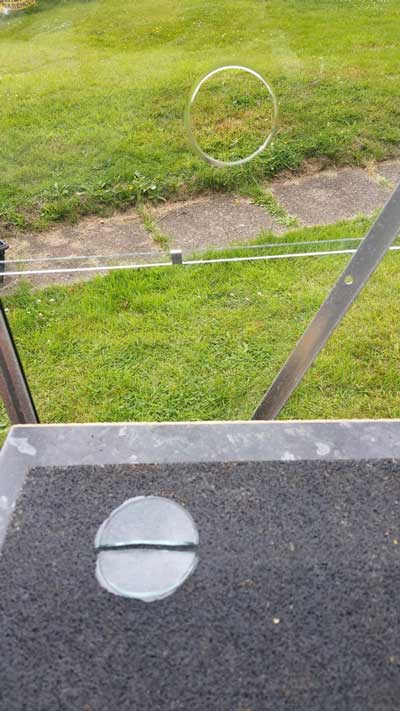 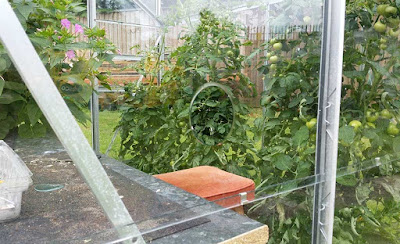 But given the "pieces fit back into the hole absolutely perfectly", their placing and the smooth, melted-like quality of the edges around the hole, it is perhaps more likely the cause has a natural, or supernatural, explanation. Steve, who started growing tomato plants in the second-hand greenhouse after putting it together in April, says he's searched the internet to see if anyone else has experienced anything similar and he's found one such case but no satisfactory explanation about how it occurred. He is now hoping glass experts may be able to shed any light on exactly what happened.
Posted by arbroath at 6:00 am
Email ThisBlogThis!Share to TwitterShare to Facebook

If you here of any explanation for this, I'd love to hear it!

In the meantime, I did find a short video of Mr Fennell discussing thw hole in his greenhouse ...

Someone tried installing a vent in their greenhouse but placed the hole incorrectly. Rather than purchase a new pane of glass they swapped panes, leaving the cut-out to mess with him. He should search the area for a similar greenhouse with a vent.