A man from Cleveland, Ohio, faces felony child endangerment charges after he beat his seven-year-old stepson with a towel rack because the boy had trouble pronouncing a word correctly, according to court documents.

Juan Ordaz-Munoz, 25, was arrested on July 27, five days after police say he beat the boy took place. It's the second time that he has been accused of using physical violence on the boy, according to court filings,
. 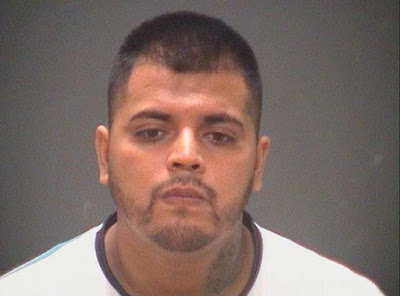 But it's the first time he has been charged with a felony in Cuyahoga County. Ordaz-Munoz got upset on July 22 when the boy couldn't pronounce the word "television" and started beating him with a towel holder, court records say.

The beating left bruises and open wounds on the boy's chest, legs and buttocks, police say. Ordaz-Munoz pleaded not guilty during his arraignment on Tuesday and remains in county jail on $50,000 bond.
Posted by arbroath at 6:06 am
Email ThisBlogThis!Share to TwitterShare to Facebook

This man does not deserve to have a child.