A police officer in Keene, New Hampshire, broke a car window last month to retrieve what he thought was a baby locked inside, only to find it was a lifelike doll. 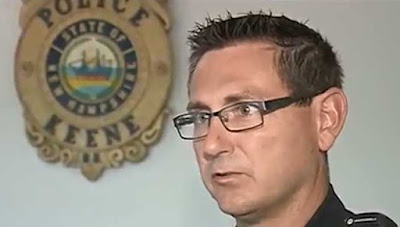 On July 23, Keene police Lt. Jason Short was dispatched to Walmart for a report of a baby in a locked car. It was very hot that day and as soon as Short saw what he thought was a baby’s feet poking out from under a blanket in a car seat, he smashed the window in. 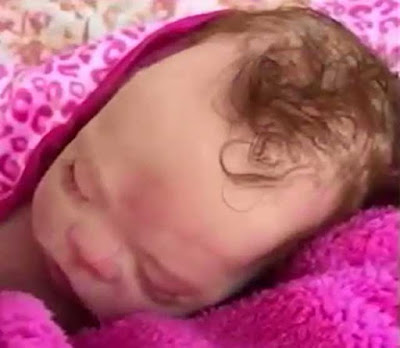 Short pulled the blanket away and saw what he thought was a dead child. He lifted the baby out and breathed into its mouth, but its lungs did not inflate. A nurse told Short it was a doll. Short saw that the mouth did not open and it had no ear canals.

So he concluded it was a doll and cancelled a call for an ambulance. Short said the doll’s owner told him the doll was designed to be as realistic as possible, and that it looked and felt like a real baby. Police have paid to fix the car window and the doll's owner, Carolynne Seiffert, has bought a bumper sticker saying that the doll isn't a real baby.
Posted by arbroath at 6:07 am
Email ThisBlogThis!Share to TwitterShare to Facebook

Instead of a bumper sticker, she should buy window stickers, if she doesn't want another broken window.

Better yet, stop leaving the doll in the car, or cover it up when the car is parked.