A man was arrested after playing a tambourine to watching crowds on the sandbanks of the River Mersey in Liverpool. Police and firefighters were called to Pier Head after a man was spotted near the Mersey Ferry landing platform on Saturday afternoon. He then walked along the banks of the Mersey towards the ECHO Arena, briefly stopping to write “The Matrix has U” in the sand. 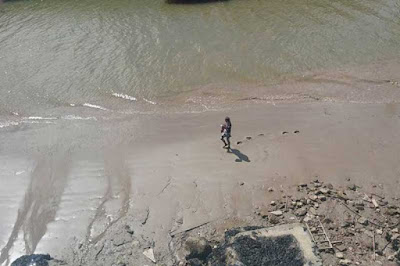 Emergency services were called to the waterfront at around 2pm after reports of a man acting “erratically”. Firefighters and police were mobilised to the scene and watched on for his safety as they assessed the situation. Onlookers said the man was walking along the sandbanks and playing what appeared to be a tambourine as crowds watched on. 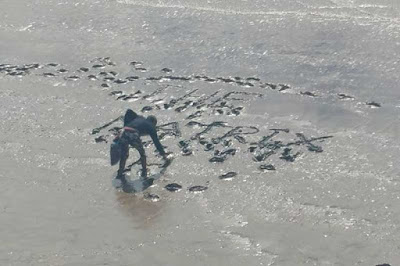 One witness, Toby Fagan, said: “I was down the Pier Head and I saw all these emergency service vehicles down there. I headed down to see what was going on and the area was starting to be cordoned off. He was walking up and down the banks of the Mersey playing a tambourine. I sort of stayed with him as it happened, he went almost down to the ECHO Arena. 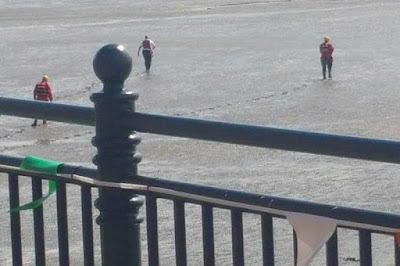 “Then he was detained by the police after being chased across the mudflats. It was quite interesting, not something you see everyday. He wrote ‘The Matrix has U’ and he seemed of the opinion he was doing nothing wrong, he was shouting for the crowd to join him.” A spokeswoman for Merseyside Police confirmed the man had been safely recovered from the sand and arrested, though it is not clear what he was arrested on suspicion of.
Posted by arbroath at 6:00 am
Email ThisBlogThis!Share to TwitterShare to Facebook

I'm not familiar with this area, so could someone please explain why emergency services were called for a person walking on the bank? From my limited perspective, it seems wildly over reactive.

My guess is he was certified to get a psychiatric assessment at a hospital. In my area, a psychiatric certification requires 2 cops and 2 EMTs.

Agent Smith wanted a bum bum band with The One...