An argument about a hole on a beach led to a Florida man striking a teenage tourist with the victim's shovel. 19-year-old Christian Gies had been hanging out at Treasure Island Beach where he'd been vacationing with his family from Lexington, Kentucky, and started digging a big hole in the sand. Police say that enraged 53-year-old Christopher Carosella from Tampa. “I just like to dig holes on the beach it was fun,” says Gies. But Gies’s fun on the beach was interrupted when he says Carosella confronted him. “He said it was illegal to dig holes on the beach. I didn't know who he was and told him if he had a problem he could contact security or police,” says Gies. 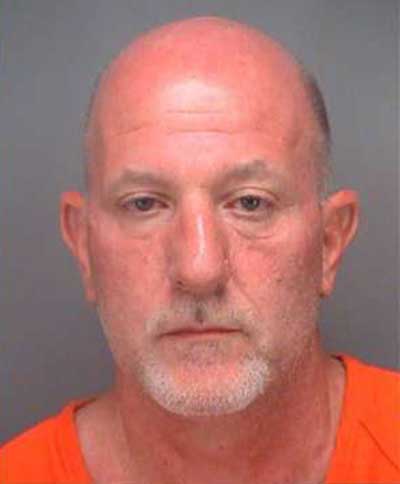 “He was not bothering a soul. I don't understand at all why this guy had a problem with that,” says Christian’s dad, Drew Gies. The verbal argument escalated but did not come to blows, according to Drew. The two men then allegedly parted ways. Around 45 minutes later, Drew said that Christian left his shovel unattended and was planning on returning to his hotel room. In that time, Carosella attempted to get hotel security to intervene in the situation. They refused to help Carosella, according to Drew. Carosella picked up the shovel and confronted Christian a second time. During the second confrontation, Carosella and Christian continued to argue when Carosella allegedly began attacking Christian with the shovel. Christian ran from Carosella, who gave chase. 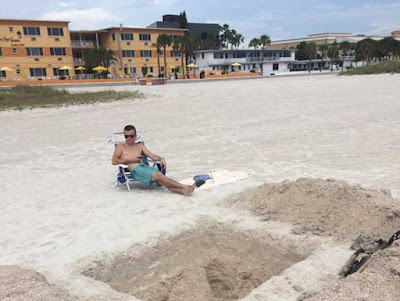 Bystanders on the beach stepped in and stopped Carosella from chasing Christian. “He was swinging at me and was like, ‘When I catch you, I'm going to kill you kid',” says Christian. According to the Treasure Island Police Department, Carosella struck the victim twice, on the abdomen and on the left arm, causing bruising and abrasions. Christian was assessed by paramedics but refused treatment at the scene. His dad returned to the beach to see police and paramedics surrounding his son. “This guy was just causing trouble and Christian asked him to stop and leave him alone,” says Drew Gies. “He was obviously no public official in coming to me shirtless with a beer in his hand,” says Christian Gies. Treasure Island does have an ordinance that makes it illegal to dig a big hole on the beach, if it's not filled in right away, when told to do so by a city official. 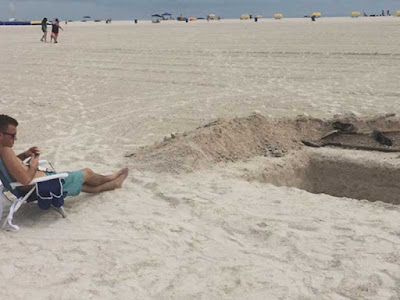 Police said that the ordinance is not meant to regulate kids building sand castles, but holes that someone could fall into or be a hazard for emergency vehicles. Christian says he had every intention to fill it in, and offered to do so even after the attack. Investigators say it wasn't Christian who broke the law. Carosella was arrested and transported to Pinellas County Jail. He has since been released on $10,000 bond. He’s facing aggravated battery charges. Carosella later said that Christian threatened to use the hole for his grave. “I said you've got two shovels you're pretty tough, huh? Put the shovels down. He wouldn't, so unfortunately things ensued,” Carosella says. When asked why he hit Gies with a shovel he says, “Because he called me vile names and swung at me first, and my lawyer will handle the rest of it.”

With news video.
Posted by arbroath at 6:03 am
Email ThisBlogThis!Share to TwitterShare to Facebook