A farmer in a village near Pune in Maharashtra, India, was startled on Sunday morning when he heard loud panicking roars echoing from deep inside the village well close to his house. As he peeped in, he saw a leopard trapped and struggling to stay afloat inside the nearly 60-feet-deep well. 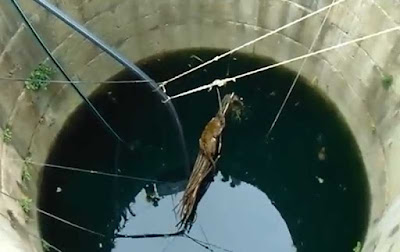 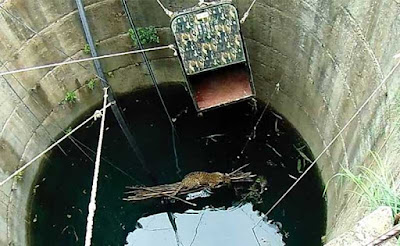 The farmer, after recovering from his initial fear, called the forest department which in turn called the Manikdoh Leopard rescue centre, run by the NGO Wildlife SOS in the area. The team first lowered some tied-together lengths of bamboo to help the three-year-old female leopard stay afloat. Next a box trap was lowered down carefully in an operation which lasted three hours. 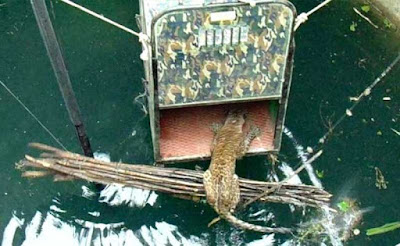 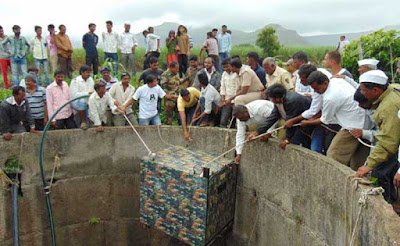 Perhaps weary and tired from having to battle to stay afloat for a long time, the leopard entered the box, which was carefully brought up. "The leopard was in a state of panic and had to be rescued immediately," said Dr Ajay Deshmukh at the Manikdoh Leopard rescue centre. After a thorough physical examination, the officials decided that the animal had not suffered any major injuries and was then released.

"There are a large number of open wells in the area and most don't have proper nets, increasing the risk of wild animals getting trapped inside them," said Ramesh Kharmale, forester, Junnar division. Leopards are often found in this area as the sugarcane fields provide a good hideout and cover for these animals struggling to find a foothold in vanishing thinning and vanishing forests. A shrinking habitat for the big cat means that human-leopard conflicts are on the rise, at times with tragic outcomes.
Posted by arbroath at 6:02 am
Email ThisBlogThis!Share to TwitterShare to Facebook