A late 55-year-old New Jersey man was survived by both his “loving wife” and his “long-tome girlfriend,” (sic) according to his two obituaries. 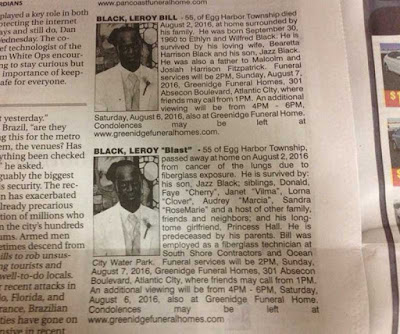 The near-identical obituaries for Leroy Bill Black appeared on Friday morning in the Press of Atlantic City in both the newspaper’s print edition and online. 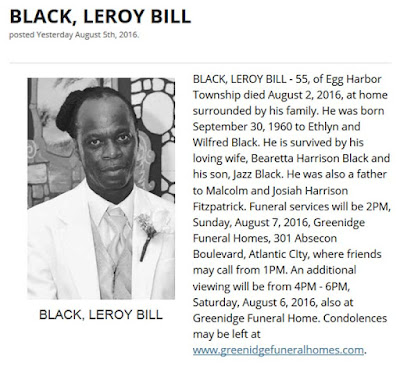 Black died at home on Tuesday of lung cancer, the obituaries state. Depending on which one you are reading, he was survived by his loving wife Bearetta Harrison Black, or his long-time girlfriend Princess Hall. 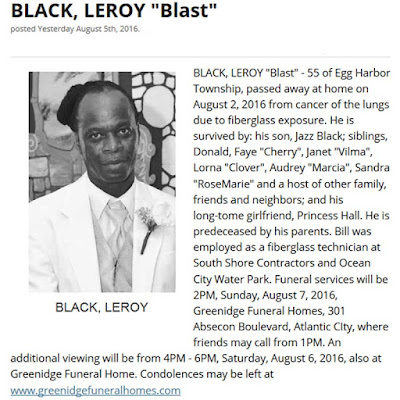 The competing obituaries were put in the newspaper separately because "the wife wanted it one way, and the girlfriend wanted it another way," someone at the Greenidge Funeral Home said.
Posted by arbroath at 6:06 am
Email ThisBlogThis!Share to TwitterShare to Facebook