After hunters killed its mother, an orphaned fawn was taken into the care of a wildlife rescuer and became good friends with a pigeon. Faline was rescued from Berkshire Park in west Sydney, Australia, in December 2015. 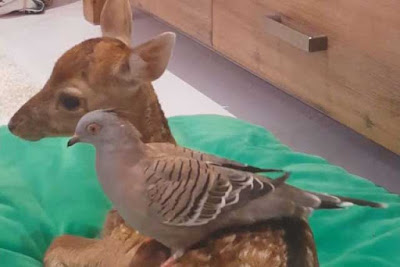 She was taken into the care of Jess Barkley and quickly became friends with a crested pigeon called Radar, who groomed the fawn and rode on her back as Faline went exploring around the house. "They used to sleep on the same bed. 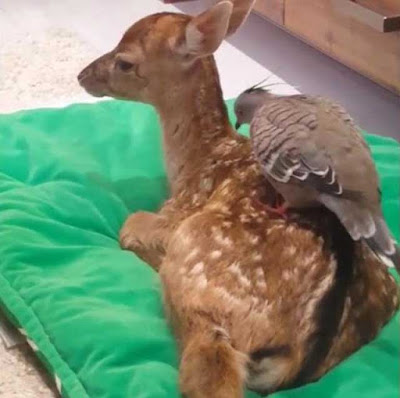 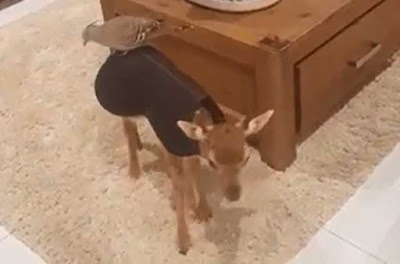 "They'd watch TV together, he'd follow her around the house," Ms Barkley said. Ms Barkley said Faline could not be released into the wild because deer are not native animals. She is now living on a property in Mudgee in New South Wales' central west.

Ms Barkley thought Radar might have missed his friend once that Faline was relocated. "After she left he'd still be sitting on the bed where they used to sit together," she said. Radar, who Ms Barkley hand-raised after he fell out of its nest as a chick, has since been released into the wild.
Posted by arbroath at 6:04 am
Email ThisBlogThis!Share to TwitterShare to Facebook