Police are investigating an armed robbery at a gas station in Detroit, Michigan. The thieves stole pastries at gun point. Police are now on the look out for two men who stole three boxes of Honey Buns. 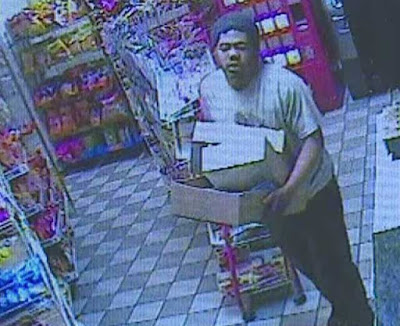 Detroit Police Sgt. Mike Woody said, "I wouldn't necessarily call them dumb, but I would tell you this much - it's a very dumb thing to be doing." Early on Sunday morning, two men drove up in a grey car at a Citgo station. One of the men went inside and collected three boxes of Honey Buns. 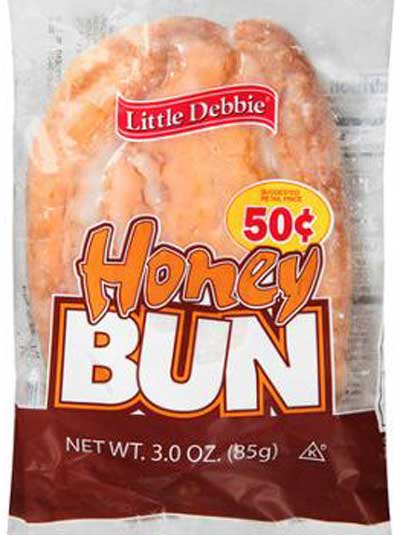 Police say the other man stood by the door, holding a gun. When the security guard tried to stop them , the second suspect pulled out the weapon and they both got away. "We very much so want to get here suspects in custody as quickly as we can," says Sgt. Woody. The suspect with the gun is around 25-years-old, 5'11", 150 pounds and has a dark complexion.

The man who took the Honey Buns is around 25-years-old, 5'7", 165 pounds and has a fair complexion. "Most of the businesses in this city are very giving to their community and so I'm sure if they had just would have asked they could've gotten most of they really wanted. There is no need for this level of violence," says Sgt. Woody. If you have any information, call Detroit police.
Posted by arbroath at 6:06 am
Email ThisBlogThis!Share to TwitterShare to Facebook

Honey Buns aren't worth all of that. Stupid as hell to go to jail for Honey Buns.

Indeed. Now for Butterscotch Crimpets, I could understand it.

Honey Buns are used in prison as currency--maybe he was trying to start his own bank?
http://gawker.com/5729214/honey-buns-are-the-new-prison-currency

This is why marijuana should not be legalized.