West Midlands Police have requested that the public consider the nature of their complaint before dialling 999. 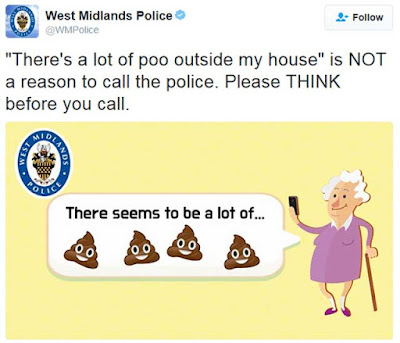 It comes after an elderly woman called the emergency number to complain about a large amount of poo outside her home. She told the operator: "I don't know whether I'm making a big fuss.

"I've been out outside to put rubbish in the containers and there's been a lot of excretia in the garden and I'm wondering whether it's dogs, or if it's humans or what. 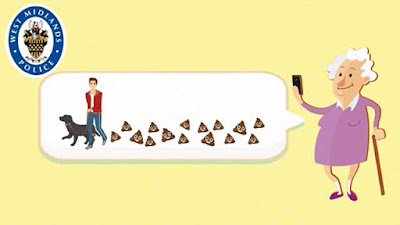 "It is really making me feel sick. I don't know whether I'm making a terrible fuss. In this weather it's not healthy." The call handler was quick to remind her that it was a matter for her local council to investigate.

You can listen to the call here. It may need to be unmuted.
Posted by arbroath at 6:00 am
Email ThisBlogThis!Share to TwitterShare to Facebook