Volunteers took part in unusual rescue operation when they brought three little piglets to safety from an island on Lough Ree, in County Kildare, Ireland. 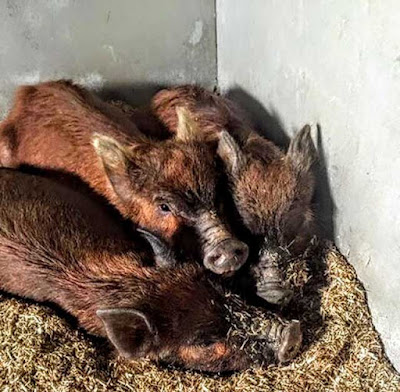 The intervention was organised by Athlone woman Cheryl Mellett who said she believed the piglets were pets that had been abandoned on Carberry Island.

She was contacted by the owner of the island who had become aware that the piglets were there and was concerned for them. Cheryl is a former member of Athlone Sub Aqua Club and on Thursday evening some of the club’s members assembled and travelled out to the island to rescue the piglets with their nets. 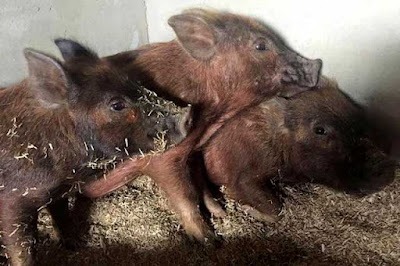 “We found that they were clearly underfed. They were underweight and very hungry, but were calm and quiet,” Cheryl said. That evening, she took them in her car to the Kildare-based Little Hill Animal Rescue and Sanctuary, from where they are due to be transferred to the care of the Kildare Animal Foundation.
Posted by arbroath at 6:01 am
Email ThisBlogThis!Share to TwitterShare to Facebook