Pub want return of ghost that was captured by Chinese artist

A pub's owner is requesting the return of a ghost, after its famous spectre was captured by a Chinese artist. Lu Pingyuan claims to have captured the ghost of James Stanley, the seventh Earl of Derby, who is said to haunt the Ye Olde Man and Scythe, in Churchgate, Bolton, Greater Manchester. A sealed metal cannister supposedly containing the spirit went on display this month at the Centre for Chinese Contemporary Art, unbeknown to the pub’s owner, Richard Greenwood, after the artist became captivated by the story and travelled from Shanghai to Bolton to catch the ghost. 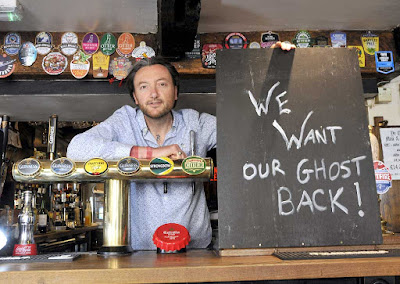 And after discovering that the town’s oldest pub is now missing its favourite phantom, Mr Greenwood is determined to have it returned to its rightful home. In a letter to Mr Lu, he said: “I would have liked to have been privy to your actions and indeed to the exhibition before the ghost of James Stanley was taken out of Bolton, his ties to the town and to Ye Olde Man and Scythe run very deeply. “I feel very strongly that James Stanley’s ghost should remain in Bolton and at Ye Olde Man and Scythe to preserve the natural order of things. That said I do believe that your exhibition should travel and be seen by many people around the world and I would like to contribute to this as long as at the end of your exhibition it returns home.” 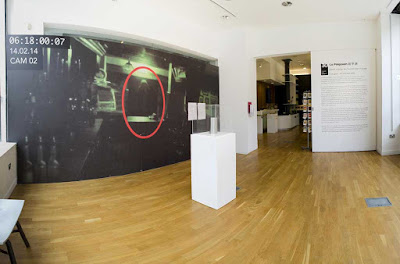 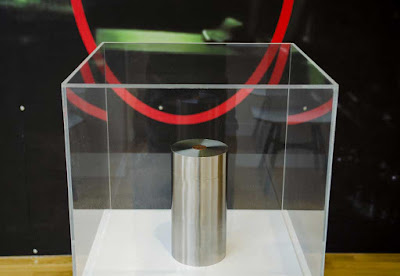 Mr Greenwood has offered to donate the chair that the Earl sat at for his last meal to the exhibition, on the agreement that both it and the ghost are returned at the end of the tour. It is thought that the Royalist commander spent his last few hours at the pub before being executed outside the premises for his part in the Bolton massacre of 1644. Mr Lu came across his story after seeing CCTV footage that emerged in 2014, which appeared to show a ghoulish presence at one end of the bar. The artist, who claims he followed the ghost into the pub’s bathroom before performing an incantation to trap it, said: “I was totally captivated by the legend, that the ghost remained in the human world long after his decapitation. 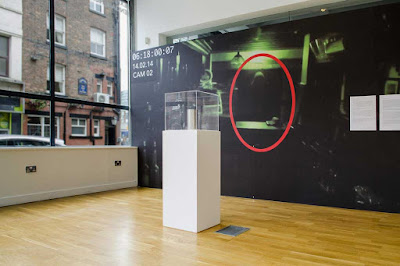 “I wish him to exist and be treated as a real artwork and to present him around the globe, getting respect and tribute from people everywhere. I told his ghost about my proposal the second time I visited this place and James Stanley agreed that I can put him into a jar in order to exhibit him in galleries and museums alike. Therefore, in this way, he became a piece of art. I consider my exhibition at CFCCA to be the beginning of his worldwide trip. After this exhibition, I plan to prepare for the next one in 2017. My original thought is that after the world tour of exhibitions, I will discuss with him and ask him whether he would prefer to stay like this, as a piece of art, or go back to the Ye Olde Man and Scythe.”
Posted by arbroath at 6:00 am
Email ThisBlogThis!Share to TwitterShare to Facebook