A truck driver in China came up with an unusual way to conceal his licence plate from surveillance cameras. 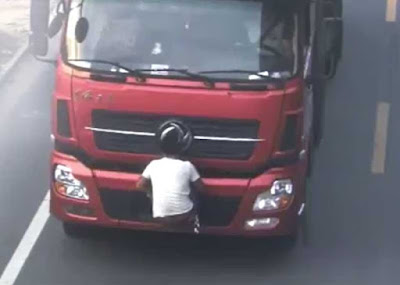 He drove his lorry along a highway in Yulin city, northwest Shaanxi Province with what can only be considered as a good friend hanging on the front bumper. 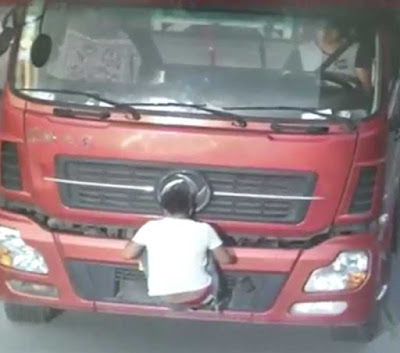 The man was using his body to shield the registration number. It is unclear why the driver and the accomplice decided to carry out such a dangerous act.

Police were able to identify the vehicle as it passed through a checkpoint an hour after being caught on camera. The driver was fined 200 yuan (£23, $30).
Posted by arbroath at 6:02 am
Email ThisBlogThis!Share to TwitterShare to Facebook

Yeah, we can't see his front plate, but just look for the truck with some idiot hanging on the front of it.