A sheriff’s deputy who pulled over a car in southwest Santa Fe, New Mexico, early on Thursday reported that he found a drunken 13-year-old boy behind the wheel and the child’s intoxicated grandmother riding in the back seat. Deputy Clay Cullison flipped on his emergency lights to stop the vehicle after watching it weave in and out of lanes while heading west, according to the sheriff’s office. 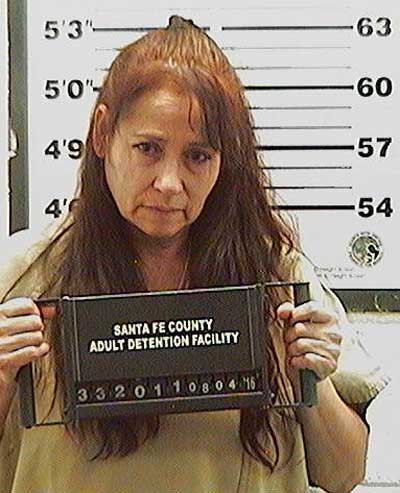 But the blue 1994 Oldsmobile did not stop at first, according to an arrest statement filed in Magistrate Court by Deputy Michael Matison. When the vehicle eventually came to a stop, Cullison found the driver was only 13 years old, unlicenced and under the influence. Deputies say his grandmother, Sanjuana Mercado-Mendez, 52, was riding in the back seat, together with a 15-year-old, who was sober. She did not answer any questions from deputies, according to the statement.

But Matison wrote that she seemed highly intoxicated, stumbling to his patrol vehicle with breath smelling of alcohol, her speech slurred. The deputy also reported finding at least two open Coors beer cans inside the car. It is not clear where they had been heading, though court records indicate they stopped close to Mercado-Mendez’s home. Deputies booked her into the county jail at about 3am on suspicion of contributing to the delinquency of a minor, child abuse and possession of an open container of alcohol in a motor vehicle.

According to jail records, Mercado-Mendez was last arrested in February 2015 on charges of driving with a suspended or revoked licence. She was also arrested in 2014 on suspicion of larceny and two counts of contributing to the delinquency of a minor. Deputies also took into custody her 13-year-old grandson. According to the sheriff’s office, he refused a blood test. Though legally too young to drive, he still faces charges of aggravated DWI, failing to yield to an emergency vehicle, driving without a licence, failing to maintain lanes and having an open alcoholic beverage in a motor vehicle.