Two South Carolina women were arrested in connection with indecent exposure after police said the pair was swimming in the nude at a Myrtle Beach-area apartment complex pool on Monday night. Kadie Lynne Naumann, 23, and Kyla Elizabeth Cole, 32, were each charged with indecent exposure. Naumann was also charged with assaulting a police officer while resisting arrest because police said she kicked an arresting officer in the groin area, authorities said. 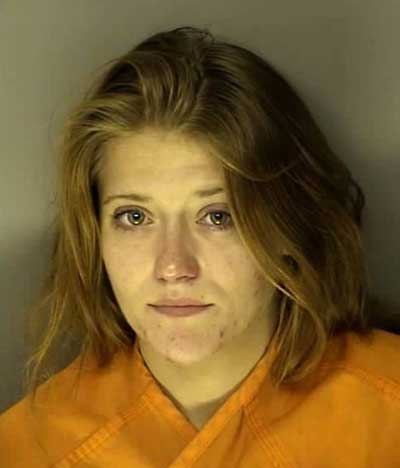 Horry County police were called at about 11pm to the amenities centre at the Alta Surf apartment complex in reference to a loud noise complaint. Police said the women were swimming completely naked when they arrived. Authorities spoke with another woman there, who was clothed and told them she lived in the complex and invited the women over. The women said they wanted to go swimming, but didn’t have their swimsuits, so they decided to go swimming in the nude. 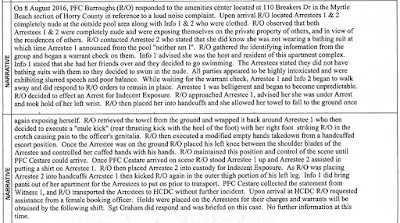 Everyone seemed highly intoxicated and had slurred speech and poor balance. Naumann and another person with the group began to walk off while police were checking to see if any in the group had arrest warrants, and Naumann became “belligerent” and “unpredictable,” police said. Officers decided to arrest Naumann in connection with indecent exposure. Naumann allowed her towel to fall to the ground as an officer placed her in handcuffs. 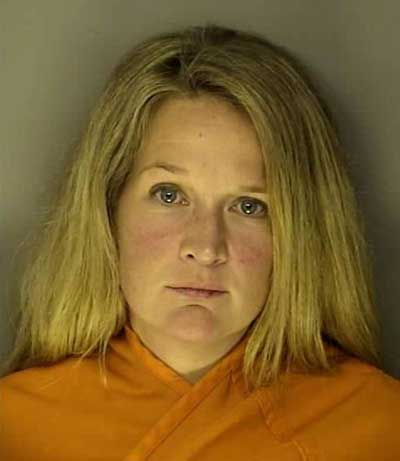 The officer wrapped the towel back around Naumann who then executed a “mule kick” - delivering a rear-thrust kick with the heel of her foot, striking the officer in the groin, causing pain to his gentalia. Police then took Naumann to the ground and the arresting officer placed his left knee between Naumann’s shoulder blades. Naumann kicked the officer in the thigh as he was arresting the other woman. Police said they took the pair to J. Reuben Long Detention Centre without further incident. Naumann was released on $5,000 bail, and Cole was released on $2,500 bail.
Posted by arbroath at 6:06 am
Email ThisBlogThis!Share to TwitterShare to Facebook