A trucker transporting cases of wine was spotted weaving along a western Wisconsin road before crashing, being pulled from the truck cab and fleeing into a nearby soybean field, where he was captured. David A. Johnson, 35, from Grantsburg, was arrested by the Wisconsin State Patrol Eau Claire Post for operating a motor vehicle under the influence, 2nd offence.

At 3:46pm on Saturday, the WI State Patrol Eau Claire Post Communications Center began taking numerous 911 calls of a semi unit travelling all over the road and onto the roadway shoulders. The semi eventually veered off the right roadway shoulder and rolled onto its side east of Eau Claire. Several motorists had stopped and helped the uninjured lone male driver out of the semi. 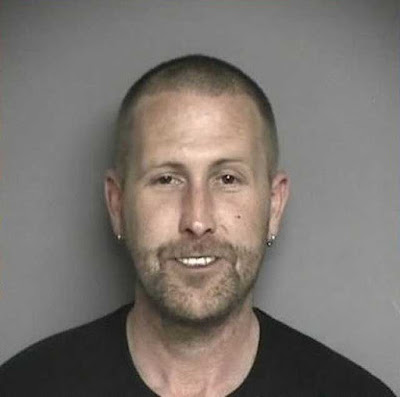 The driver then fled on foot into a soybean field. Four male civilians at the scene chased after him. A State Patrol Trooper arrived on scene shortly thereafter and pursued the semi driver on foot as well. The semi driver hid and crawled through the soybeans at times in an attempt to elude capture. After an extended foot chase, the Trooper eventually caught up to and apprehended the semi driver.

Johnson was arrested for 2nd offence Operating While Intoxicated. He was transported to Mayo Clinic in Eau Claire for a legal blood draw and then incarcerated at the Eau Claire Co. Jail. The semi unit cargo was bottled wine which needed to be off-loaded prior to up-righting the unit. A traffic lane was shut down to facilitate its removal. The lane opened again several hours later.
Posted by arbroath at 6:06 am
Email ThisBlogThis!Share to TwitterShare to Facebook