A dramatic rescue along the shore in Narragansett, Rhode Island, on Saturday afternoon of a man who got stuck between the rocks on a jetty. 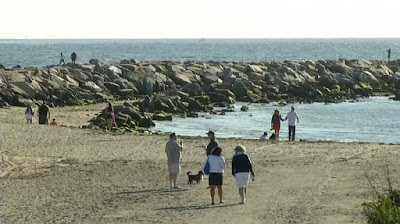 Narragansett firefighters and Environmental Police spent most of their afternoon trying to free the man who they say got himself stuck head first between two rocks on the jetty near the Camp Cronin fishing area. Firefighters say the man was there with one other person when he dropped his phone.

When he bent down to pick it up he got himself stuck all the way up to his chest. They knew they had to get him about before the tide came in. After about two and a half hours, they decided to try a very conventional home remedy, olive oil, and at last, were able to remove him. Firefighters say they didn't use airbags to free the man out of fear that the rocks would shift only making matters worse. 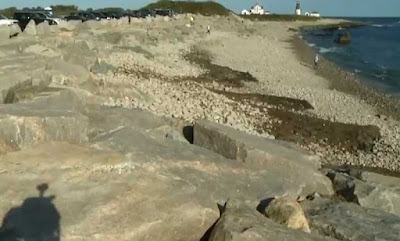 Firefighters say the man went to a nearby hospital to be treated for hypothermia and a small injury he suffered on his foot while walking away. Thankfully he's expected to be okay. Captain Taylor with the Narragansett Fire Department says he's had some calls similar to this in the past involving animals but this is the first he's first he's ever had involving a person.