An uninsured drink-driver who blundered on to a tram track in his new Mercedes has been given a 17-month motoring ban. Maurice Cooney, 33, who caused five hours of disruption to services, admitted obstructing the tracks near Birmingham's Snow Hill tram stop. He caused £6,000 of damage to his week-old car. 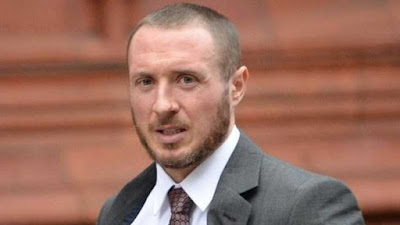 Cooney, of Donnington, Telford, Shropshire, who raised the alarm at an office building, admitted drink-driving. He admitted having no insurance and causing a danger or inconvenience by obstructing the tracks. A breath test showed a reading of 86mcg, more than double the legal limit of 35mcg, after he drove for 100m (328ft) along the tracks at about 07:00am on 6 November, Birmingham Magistrates' Court heard. 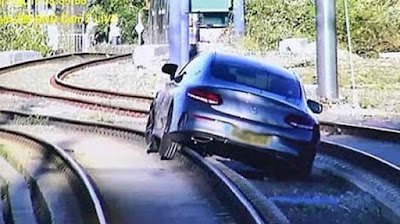 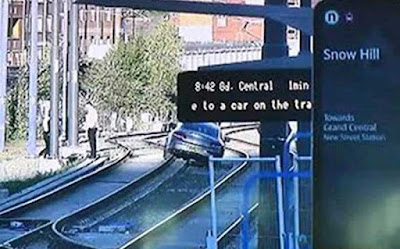 His solicitor, Harjit Rashoda, said: "Once you are following the Metro line at the back of Snow Hill there is no way of turning back and he had to carry on. The line then rises and that's where he became stuck. He tried to turn left and right and couldn't move the vehicle either way." Cooney, who runs a personal training business, had been invited on a night out with friends, the court heard. His solicitor said: "He located a porter and alerted them to the fact that the vehicle was stuck on the tramlines. 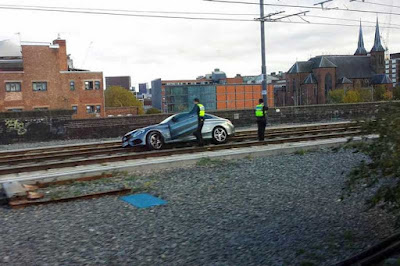 "He told them to call the police." She said the no insurance offence was an "oversight" linked to the acquisition of the 66-plate Mercedes. References from clients of Cooney were passed to magistrates. Cooney, who has no previous convictions, accepted the offer of a drink-driving rehabilitation course which will reduce his ban by 17 weeks. He was fined £246 and ordered to pay prosecution costs of £135 and a £30 victim surcharge.
Posted by arbroath at 6:00 am
Email ThisBlogThis!Share to TwitterShare to Facebook

That’s what I love about your content. You have pour out your heart on it. 스포츠토토

토토 Immensely thought out! This was the most detailed article I have read. Many readers would be interested on this site. I am looking forward for your daily posts.

토토사이트 I’ve been watching out for your content. If ever you have some more updates please do notify me.

슬롯 I have visited your website ever since and it didn’t fail me.