A 78-year-old man from Houston, Texas, dropped his trousers and mooned a woman outside a hotel after she rejected his sexual advances, according to authorities. Robert Scott was arrested and booked with obscenity, said Lt. Brian McGregor, spokesman for the Kenner Police Department.

The victim, a 29-year-old woman, told officers she was at a hotel in Kenner for a seminar at around 1:13pm last Saturday when she stepped outside to eat lunch. A man in cowboy hat, black shirt and blue jeans walked over and offered to take her out, telling her she looked like a model, according to authorities. 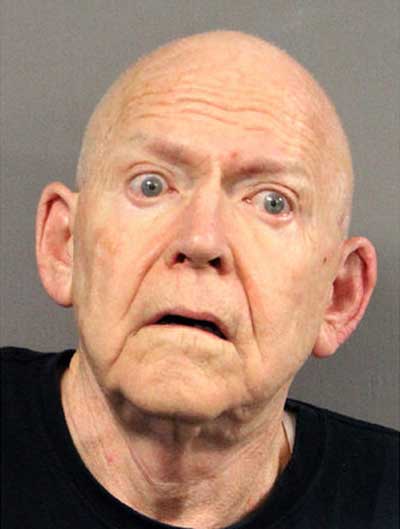 The woman tried to politely dismiss his comments. But the man persisted, offering to become her sugar daddy. The comments became sexual in nature, McGregor said. Offended, the woman told him to get out of her face. The man, later identified as Scott, told her he'd "get out of her face."

He the allegedly unbuckled his pants, dropped them and his underwear to his feet and exposed his rear end to her, according to McGregor. Officers took Scott into custody at the hotel. It's not clear whether he was a guest. But at least two other women reported encounters with him, according to authorities. Scott was booked into the Jefferson Parish Correctional Center in Gretna. Bond was set at $5,000, but he was released on Tuesday without paying bond because of crowding at the jail.
Posted by arbroath at 6:06 am
Email ThisBlogThis!Share to TwitterShare to Facebook