A former maths teacher reckons he is the man who won too much and has blasted bookmakers in Camden Town, north west London, for refusing to take any more bets from him after a perfect streak of wins. Richard Saul, who calls himself the “wizard of odds”, said he had discovered an opportunity using special offers available on horse racing at some high street bookies. Mr Saul said his “exceptionally clever” system, which he says can only work on selected races, wins every time without any risk of loss. On Wednesday, Paddy Power, which has a large branch in Camden High Street, confirmed it was among bookmakers who had stopped taking Mr Saul’s bets, admitting: “He’s too good.”

Mr Saul, who has lived in Bloomsbury for 20 years, said he has staked tens of thousands of pounds over three years, but in recent weeks all but one of Camden Town’s bookmaker has refused his bets. While a known obstacle among regular gamblers, occasional punters are not always aware that winning repeatedly can lead to bookmakers refusing to accept bets or limiting stake sizes. Inside the industry, the policy of only taking wagers from people who do not win too often has been a source of debate about fairness for several years. Mr Saul said: “They should take the bet, but they don’t because I keep winning. I don’t think your average punter would be able to work out how to do it. In Camden Town, only Jennings will take my bet now – and they will only let me do it once. 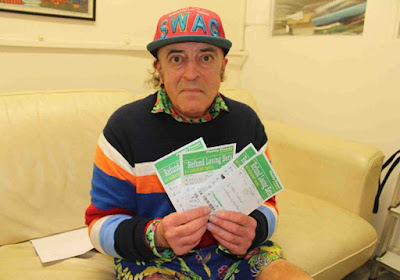 “[Elsewhere] the staff go on the phone, then after two minutes they come back and say, ‘we can’t take this bet’. I’ve gone on accounts online, but they won’t take it there either.” Mr Saul said he worked out his winning formula when competing bookmakers started offering higher payouts for “each-way” horse racing bets. Normally with an each-way bet, the fourth-placed horse pays a quarter of the horse’s odds of winning, but some bookies expanded this to include a fifth-place horse. It is only on these races which Mr Saul said his system works and involves betting on every horse with different stakes to guarantee an overall win. He said: “It takes me about 20 minutes to set up the bet, and you have to concentrate because the odds are changing.

“You cannot lose but if the favourite wins you won’t win very much. The most I won was £600 from a £4,000 stake.” Whilst it hasn't been categorically confirmed whether this system actually works, it is understood that betting shops in Camden Town are aware of Mr Saul and his system. In a statement, Paddy Power said its expanded each-way bets were a “really generous offer, and designed to give our regular punters extra value”, adding: “Mathematically we know we might lose money with this special, but that should be spread out among all of our punters who are taking a punt and happen to back a horse that finishes in the money, not just to professional punters who box off every possibility. Fair play to him for putting in the time and effort to play the system but he’s too good for us. We’re running scared.”
Posted by arbroath at 6:00 am
Email ThisBlogThis!Share to TwitterShare to Facebook