An woman from east Hull, Yorkshire, says she cannot do her shopping because she is constantly mistaken for a notorious shoplifter. Bethany Homar, 39, said she only moved to the area just over a year ago, but claims she is constantly harassed by security officers who believe she is someone else. She said it is stopping her go about her daily life and is causing her a world of unnecessary stress. Ms Homar said: "It's bloody ridiculous. Every time I try to go shopping, I just get chucked out. It's happened to me four or five times now and it's just doing my head in. 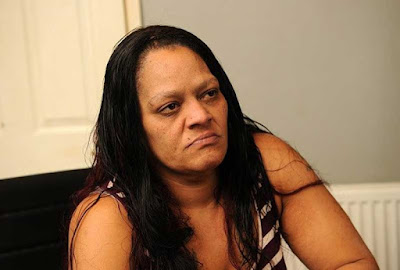 "I walk in to the shops and immediately I'm followed by security guards who tell me to get out, but I'm getting falsely accused. I try to tell the managers but they don't listen either. I can't keep living like this." Ms Homar has already taken one case of mistaken identity at a Poundland store to lawyers, who were able to secure her £100 compensation and an apology letter from the store. The letter to Ms Homar said: "I would like to apologise on behalf of the company for the lack of customer service you received on this occasion. I can assure you that customer service is of paramount importance to Poundland and the treatment you received fell well below the standard acceptable to the company."

It added the comments made towards Ms Homar were in "error" and went to say: "We sincerely apologise for this and can assure you that necessary corrective action has been taken internally to ensure that a situation like this does not occur again in the future." Although she received the apology from Poundland, Ms Homar said she does not want to resort to using lawyers every time her identity is mistaken. On one occasion, Ms Homar took the matter into her own hands. She said: "On Thursday, I got confronted by the security guard, but I had just had enough. 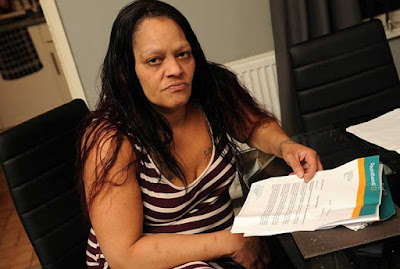 "I told him the person they are after is someone else, but they don't believe me. I told him, 'If you think I've stolen something, why don't you call police and arrest me?' But they didn't. They just chucked me out again. I called the police to complain, but all they told me was 'at least you didn't get arrested for shoplifting'. I couldn't believe it." Through friends in the area, Ms Homar believes she knows who her identity is being mistaken with. She said the pair do not even look alike, but they are getting confused because they are both mixed-race. Ms Homar said: "I think it's really disgusting. I know we are both mixed-race, but we don't even look alike. The worst part is that I'm a size 12 and she's at least a size 18."
Posted by arbroath at 6:02 am
Email ThisBlogThis!Share to TwitterShare to Facebook