A disabled driver says she is appalled at being fined after her husband painted a homemade parking bay outside their home. Wheelchair-bound Elaine Bacon, 55, was slapped with a £75 bill because her husband had marked a space in white paint for disabled drivers outside their front door in Forest Fields, Nottingham. Mrs Bacon said she has to "crawl" to her front door because of the scores of cars parked outside her home. Despite putting signs up asking other drivers to be considerate, Mrs Bacon said her pleas had not been heard, resulting in the DIY parking space. 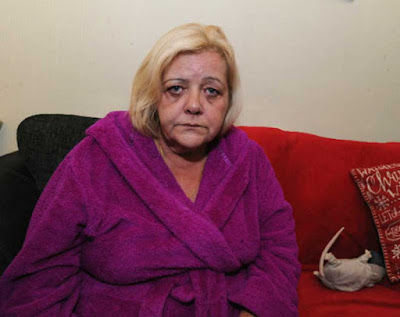 Nottingham City Council, whose community protection officers issued the fine, said that only the highway authority was permitted to paint road markings. Mrs Bacon, who has lived at the property for 34 years, said: "I think's it's absolutely appalling. I can't walk more than 20 yards but I have to park 20 yards down the street and crawl back to my premises to get back, crying in pain." Mrs Bacon said an incident in 2008 led to her suffering spinal nerve damage. The damage means that while able to move around her home, she requires a wheelchair whenever she leaves the house. 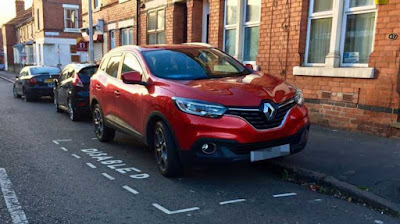 She added: "It prevents me from doing everything, I am mostly wheelchair bound. If I go out I can't walk. I go with my husband and the wheelchair has always got to be with us." Mrs Bacon is a blue badge holder who said that she is unable to work due to her condition. She said that while she was disgusted by the decision and would not try to appeal. "What's the point? They will just get away with it anyway. I think I'll just pay it and that's it." Community protection officers handed out the £75 fine after spotting the Renault car parked inside the makeshift bay in Forest Fields, Nottingham. 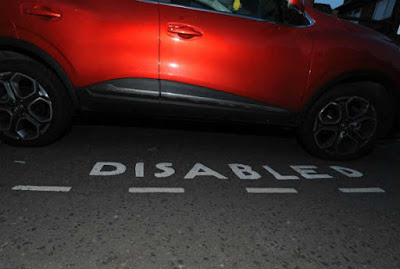 Nottingham City Council confirmed that while Mrs Bacon was a valid blue badge holder a fixed penalty notice had been issued for unauthorised marks on the highway. A city council spokesman said: "They have attempted to reserve themselves a space outside their home by placing unauthorised markings on the road, resulting in a £75 fine. Only the highway authority is allowed to carry out such road markings, but in fact no longer provides advisory bays like this and the road may in any case be too narrow to safely accommodate one."
Posted by arbroath at 6:01 am
Email ThisBlogThis!Share to TwitterShare to Facebook