A woman in Twin Falls, Idaho, awoke to a man rapping song lyrics in her kitchen early on Tuesday morning. When the woman said ‘hello,’ the man asked where he was and if he was in someone’s house.

The man seemed nervous and was trying to get out of the house, according to court documents. The woman showed the man the front door and then called police. According to a probable cause affidavit, police had already responded to a car theft in the area and detained Aaron Scott Ryals, 35, outside the home. 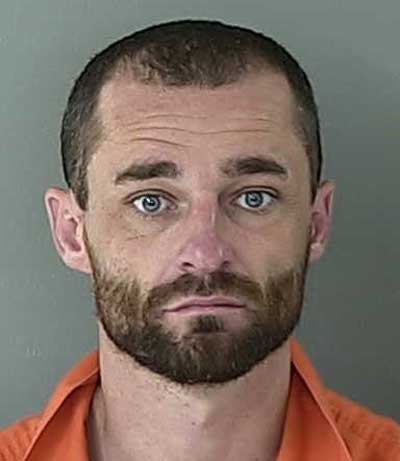 Police allegedly found a glass pipe in Ryals’s pocket with methamphetamine residue. Police were called to the area shortly after 1am of a reported car theft. The man whose car door was open and alarm was going off saw a man standing at the edge of his driveway. The man later identified as Ryals was speaking fast and incoherently.

The man tried to talk to Ryals, but he walked away. Ryals was arrested and booked at the Twin Falls County jail. Ryals was arraigned in Magistrate Court on Wednesday in Twin Falls. He was charged with felony possession of a controlled substance and misdemeanor unlawful entry. He is being held on at $100,000 bond.
Posted by arbroath at 6:06 am
Email ThisBlogThis!Share to TwitterShare to Facebook