With marijuana still illegal in Canada, police were surprised to find a man operating a marijuana delivery cart on the streets of Victoria, British Columbia. Victoria police spotted the man riding what appeared to be a marijuana delivery bike just before midnight on Nov. 3.

Police allege the unidentified cyclist, whose silver vending cart was emblazoned with “420 delivery, no minors,”, was selling marijuana. 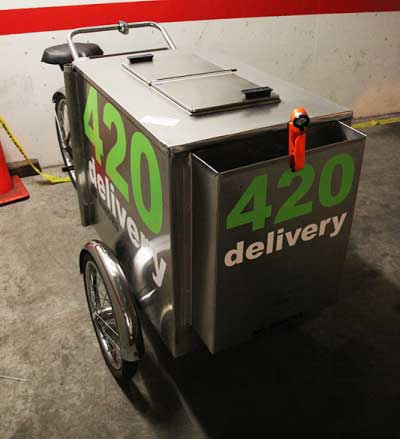 Officers seized more than 150 grams of pot from the man. A 22-year-old man was arrested. He has been released on a promise to appear in court in December.
Posted by arbroath at 6:05 am
Email ThisBlogThis!Share to TwitterShare to Facebook