Man wins the right to change family name back to Zebra

An Austrian man has won a court case enabling him to change his family name back to "Zebra". The man appealed to the Austrian Constitutional Court when a lower court rejected his proposed name change.

The man's grandfather changed his name from "Zebra" in the 1950s. "Zebra" had been the family name for centuries, so reverting to it was quite legal, the Constitutional Court ruled. The lower court had argued that "Zebra" was a non-Austrian invented name. 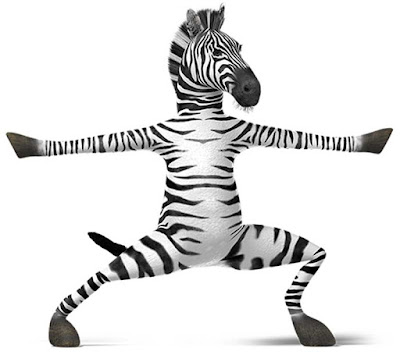 In that earlier ruling, a judge said "Zebra" could only refer to "a type of horse living in the African savannah". Some other animal names would have been acceptable, as they already existed in Austrian official records, he argued. He gave as examples the family names "Fuchs" (meaning fox), "Biber" (beaver) and "Strauss" (ostrich).

The last family member with the name "Zebra" died in 1991 - a great-uncle of the plaintiff. The plaintiff's current name was not disclosed. The Constitutional Court judgement regarding the "Zebra" case was considered by 12 court lawyers and vice-president Brigitte Bierlein.
Posted by arbroath at 6:02 am
Email ThisBlogThis!Share to TwitterShare to Facebook

I hope things are better for you après BuzzFeed.

They're not. Have not had a full-time since because of ageism, plain and simple. I hate NYC.

I hope you get a break soon.