Rail company search for owner of chinchilla left on train

Rail company c2c is searching for the owner of a chinchilla that was found on board a train that left Southend in Essex.

The little animal was left on the train late on Monday night in a box without any bedding or food. She was eventually found and taken in by a member of staff. 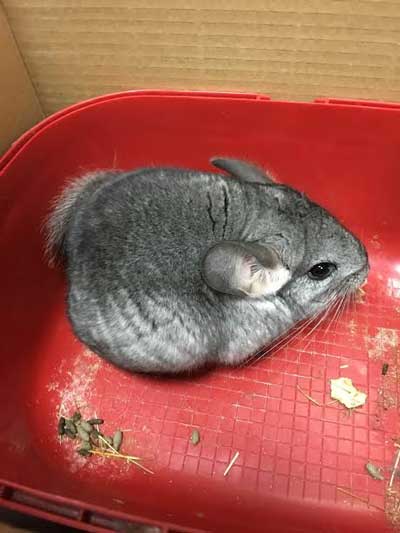 A c2c spokesman said: “A chinchilla isn’t the sort of passenger we would normally expect to be travelling on our trains late at night.

“We’re also not sure whether she had a valid ticket to travel. Poppy, as she has been named, is being well looked after by a member of c2c staff who is keen to adopt her if her owner doesn’t come forward.”
Posted by arbroath at 6:01 am
Email ThisBlogThis!Share to TwitterShare to Facebook