What started as a "smack fest" at a bar in St. Paul, Minnesota, ended with one of the participants assaulted by at least half a dozen people, police have said. But one of the promoters said she doesn't believe what happened outside was related to the event. Officers took the assault report at United Hospital on Friday. A 25-year-old Anoka woman reported she had been at Arnellia's Bar and had taken part in a smack fest at the bar, according to Steve Linders, a department spokesman.

It was described in a police report as being "a competition in which willing contestants take turns slapping each other in the faces," Linders said. Arnellia's hosted a smack fest in the past and the event on Thursday was the second week they'd brought it back, said KeshaRae, one of the promoters. "It's pure adult fun," she said. Participants are only allowed to be women, who sign a waiver and have to follow rules, including switching hands and which side of the face they're hitting, said KeshaRae. They have three rounds, with three smacks in each, and a break in between every round. The crowd judges who won overall and the grand prize from the Thursday night event was $175. 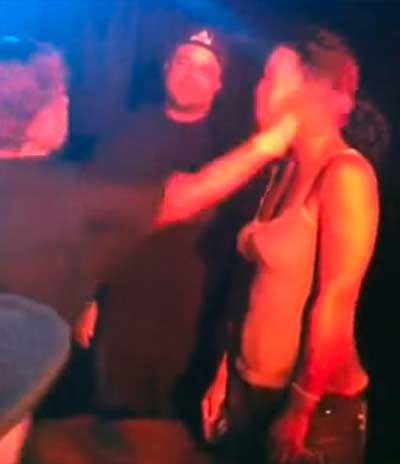 The woman who was assaulted outside the bar early on Friday had competed against another woman whom she had seen around but didn't know, according to Linders. "After the competition, the victim and her opponent spoke and neither was upset about the outcome," Linders said. But when the woman left the bar between 2 and 2:30am on Friday and headed to her car, her smack fest opponent was waiting for her - in a "fighting stance," according to Linders. The opponent, her boyfriend and five to six of her friends surrounded the 25-year-old at her car. She was punched in the nose and knocked to the ground, where the suspect's boyfriend used his foot to stomp the left side of her face.

During the fracas, one of the suspects lost her wig, which was found on the ground, Linders said. Someone drove the victim to the hospital. She had significant bruising on both sides of her face, though she said the injuries on the right side were from the smack fight, according to Linders. The woman also had scratches and cuts to her face, and two artificial nails had been ripped from her fingers. "I just think that once people get outside after having some liquor, fights sometimes break out and that's just any bar - it doesn't mean anything happened inside," said KeshaRae. Police did not have information about the suspects and have made no arrests.
Posted by arbroath at 6:05 am
Email ThisBlogThis!Share to TwitterShare to Facebook