Man arrested after mistakenly driving the wrong cars while drunk

Law enforcement officials learned a man from Donnelly, Minnesota, was driving under the influence when he drove two different cars he mistakenly thought he owned, a complaint filed in Stevens County District Court alleges.

John Robert Bristle, 72, of Donnelly, drove another owner's 2007 Chevrolet away from DeToy's Restaurant in Morris on Nov. 4 while intoxicated, the complaint alleges. Bristle drove that car to the Morris Liquor Store where he left in a 2008 Chevrolet Impala that he also wrongly thought was his. 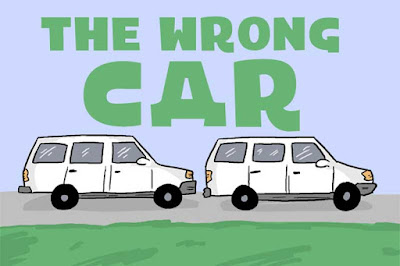 Officers found three sets of keys for the 2007 Chevrolet, the 2008 Chevrolet and his car in his pockets while at Bristle’s home. Bristle's blood alcohol content was .212. Bristle is charged with driving while impaired with an alcohol concentration of .08 or more within two hours of driving and third degree DWI and a misdemeanor charge of tamper with a motor vehicle without owner's permission.
Posted by arbroath at 6:06 am
Email ThisBlogThis!Share to TwitterShare to Facebook

Sorry, but if you leave your keys in the car, you're just begging somebody to steal it. Nobody to blame than themselves.

I can't imagine leaving my keys in the car.

That's Minnesota. If it's really cold, the engines were probably running, too.