A diabetic grandmother died at a “self-healing” retreat where attendees were slapped until they were black and blue. Danielle Carr-Gomm was found dead in her bedroom just hours after taking part in a healing session at a country hotel in Wiltshire. Ms Carr-Gomm was taking part in a week-long self-healing workshop run by Chinese healer Hongchi Xiao where participants paid up to £750 to have toxins removed from the body through hard, repeated slapping. Other methods as part of the Paida-Lajin treatment include being stretched out on a bench and fasting for days. Police are investigating the death of the 71-year-old from Lewes in East Sussex, who had type 1 diabetes.

She had previously told how she had stopped taking her life-saving insulin during sessions. Her 43-year-old-son Matthew said he hoped lessons could be learned from the death of his mother who he said had been “hoodwinked” by promises of a cure to the condition. Wiltshire Police have arrested three people in connection with the divorced grandmother-of-four’s death which they have described as suspicious. An inquest was opened and adjourned at Salisbury Coroner’s Court on Friday. Ms Carr-Gomm was found dead at the 19th century Cleeve House near Devizes at 3am on Thursday October 20 by a fellow workshop attendee who she was sharing a room with. 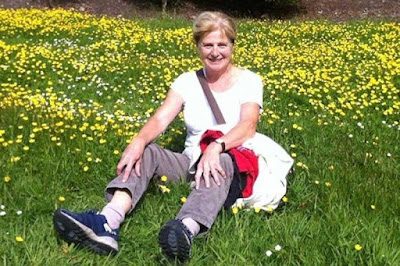 At a previous session run by Mr Xiao she attended in the summer in Bulgaria, Ms Carr-Gomm wrote on her blog that she had been left with heavy bruising from a slapping session which she was told indicated that “a lot of ‘sha’ or poisoned blood or toxins” had been released. She also wrote how she had stopped taking her insulin for two days after that session but resumed when her blood sugar levels hit “sky high”. Mr Carr-Gomm said: “Unfortunately I think she became a little bit hoodwinked. If she had done a little bit of research on the internet and Googled this procedure, and it becomes very clear nothing is quite as it seems. But because she was of a certain generation and age, she wasn’t computer savvy at all. I was horrified and shocked when I found out for myself. I think if anything is to come out of this, it would be a warning to others, that before starting on some alternative thing, to do the research.”

Her former husband Philip Carr-Gomm is a published author, psychologist, founder of the Lewes’s Montessori School and a Druid chief. He said: “Diabetes type 1 is very incapacitating and aggressive so I think its natural somebody who has diabetes wants to cure themselves. That is the trouble with something like that, the offer of a cure, that sort of preys on people’s fears. The Chinese man behind the workshops, if you Google him, there is information about how a boy died in Australia at one his workshops but I don’t know if Danielle knew that.” A Wiltshire Police spokeswoman said: “We are currently treating her death as suspicious and inquiries are ongoing. Three people – a 64-year-old woman, a 51-year-old man and a 53-year-old man – have been arrested on suspicion of manslaughter.” A funeral service for Ms Carr-Gomm will be held in Brighton on Wednesday.
Posted by arbroath at 6:00 am
Email ThisBlogThis!Share to TwitterShare to Facebook