A woman who fell victim to a payment protection insurance (PPI) scam conning her out of £375-worth of iTunes gift cards is warning others not to fall into the same trap. Annette Walton, 47, from Bellingham, Northumberland, was plagued with calls for months about the mis-selling of the insurance product from telephone numbers beginning 02 and 03. The mother-of-one was then told in October she had been awarded £3,750 - and she wouldn’t need to give over her bank details.

Instead, the scammers instructed Ms Walton to visit her local Tesco store in Hexham and buy £375-worth of gift cards. Speaking about her experience she said: “When I bought the iTunes cards, I peeled them off and read the serial numbers over the phone, and he kept just saying, ‘the next one, the next one’. I was told a Fedex delivery driver called Michael Jones would then hand over the cash between 3.30-4pm, and what I had to do when the money arrived was count it to confirm the amount. He did not arrive by 4pm, and I called back and was told he would be back tomorrow.” 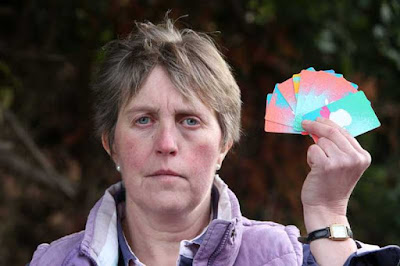 When the driver failed to show up the following day, Annette realised she had fallen foul of fraudsters and reported the scam to police. Ms Walton says the fraudsters’ repeated insistence they were from the Financial Conduct Authority, and using well-known businesses such as Fedex and Tesco, convinced her the claim was legitimate. She added: “The callers gave me names such as Alex Marvin or Richard Brown and spoke with a foreign accent. Looking back on it this they were ringing from a call centre as I could hear other phones in the background - they were definitely an organised scam group.

A fool and his money is soon parted.

Thanks for sharing, Sample assignment is the best assignment experts that provides CHCCCS015 assessment answers. Due to many different reasons, such as less time, subject knowledge etc, university students find it complex to craft their assignments on time.