A woman from Cornwall faces a £230,000 court bill after falsing accusing her neighbour of having sex with one of her pigs. Sharon Hamilton, 54, made the untrue claim about 73-year-old churchgoer Anton Barkhuysen to police during an eight-year land dispute. It led to the pensioner, who lives near Stithians, being arrested on New Year's Day in 2013 and subjected to a "humiliating" police investigation. He was held, questioned about his sex life and subjected to intimate sampling, before being kept on police bail for many weeks. The married pensioner was ultimately exonerated and has now been awarded £32,080 for false imprisonment, harassment and slander by Mr Justice Warby. And the payout will be dwarfed by the lawyers' bills run up in the case - estimated at up to £200,000. "Mrs Hamilton made a false, entirely unfounded, and malicious accusation," said the High Court judge. 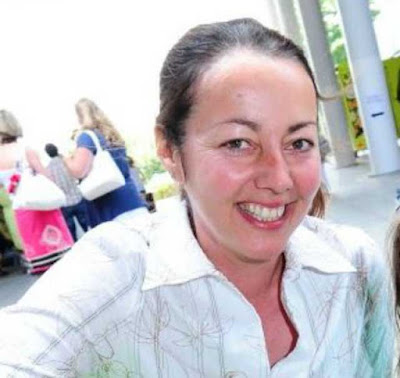 "That accusation set in train the actions of the police that followed: his arrest and detention, the seizure of his property, the intimate sampling and other steps. She procured a criminal investigation of the claimant lasting several months." The court heard the neighbours, who live close to each other in the tiny hamlet of Tregolls, had been at each other's throats for years. Mr Barkhuysen disagreed with Mrs Hamilton's fencing off of part of the adjoining Tregolls Common, where she keeps pigs. But Mrs Hamilton claimed the fence has been in place since long before she even moved there. As the owner of the farm, she has grazing rights over the common. The row escalated with Mrs Hamilton's New Year's Day claim in 2013 that she had stumbled upon Mr Barkhuysen having sex with one of her pigs. She claimed he had enticed the animal with doughnuts and ran off in shame when he realised he had been spotted. Mr Justice Warby said the allegation was a lie and that she had compounded her neighbour's distress by hinting at it to another neighbour. 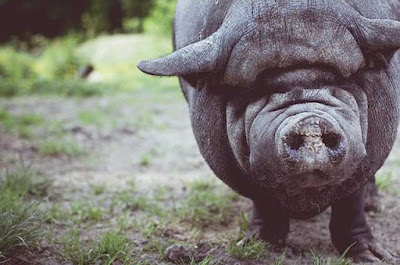 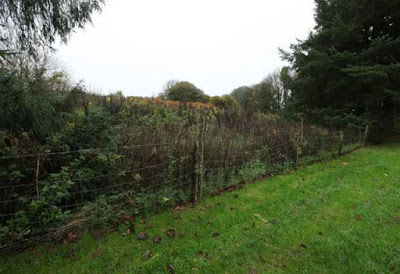 "You have no idea what sort of man you are living next to, you need to keep an eye on your children when he is around," she told him. On another day later in 2013, she went to Mr Barkhuysen's church and told a steward that he should not be around children. The judge said some of the words in the conversations amounted to slander. "Allegations of sexual offending against animals and against children are at the upper end of the scale of gravity," he said. "The pig allegation is not just improbable. Having heard all the evidence and argument, I am convinced that it is false. It was an invention by the defendant. It led directly to the claimant's arrest and detention by the police." The judge accepted that some of Mr Barkhuysen's behaviour during the row had been "bullying". Mrs Hamilton said her neighbour had "buried my family in a mire of destruction" in an attempt to obtain her farm or just out of spite. But Mr Justice Warby said: "I do not accept either proposition. In my judgment, his primary motivation has been a desire to protect the common. 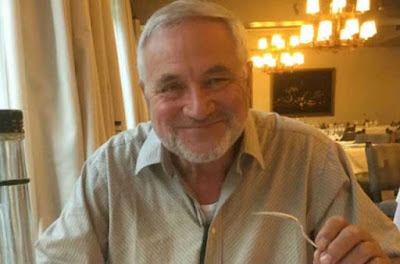 "He has been overzealous in this. It has verged on an obsession. It has led him into some behaviour that I have described as bullying. But this is at its core a public interest purpose. And the contention that it had involved harassment of this defendant has failed." He ordered that Mrs Hamilton pay him a total of £32,080 for slander, false imprisonment and harassment. Lawyers confirmed later that the legal costs of the case would be up to £200,000, but the judge has yet to decide who must pay them. Mr Barkhuysen, 73, said: "It has been five years of hell dealing with this woman. This has resulted in harassment, defamation to various third parties and the most vile and false sexual allegations concerning an animal. That was the most serious. She had me arrested for having sexual intercourse with a pig, which was a complete pack of lies. The pig allegation is disgusting. I am well known in the village and it is horrifying to think about what people thought. She even followed me into church to make that vile sexual allegation. My friends and family knew it wasn't true but not everyone did. It could have cast doubt in people's minds."
Posted by arbroath at 6:00 am
Email ThisBlogThis!Share to TwitterShare to Facebook

What an evil woman. I hope she has to pay all court and lawyer costs too. And if she can't pay, then force her property to sell so it can be paid.