An investigation is underway into an alleged assault of a bunny-suited prankster blowing an air horn by a police officer, authorities said. Kevin Hemmerich went to the Hopatcong police headquarters in New Jersey on Thursday evening with the intention of turning himself in for an outstanding warrant, and to record an air horn prank at the same time, his brother, Jason, said. 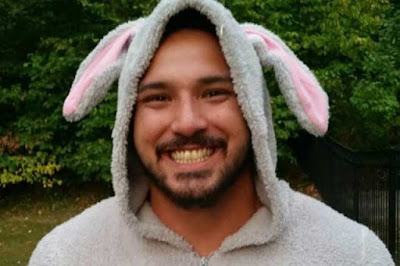 A video filmed by Jason Hemmerich shows Kevin Hemmerich wearing a bunny costume and blowing an air horn despite being asked to stop. After blowing the air horn intermittently, two officers then enter the lobby where the Hemmerich brothers were located. Jason Hemmerich said the duo began cursing and yelling and one of them punched his brother in the face. The other, he said, slapped the phone out of his hands. "This is my hometown and he punched my brother in the face for no reason," he said. 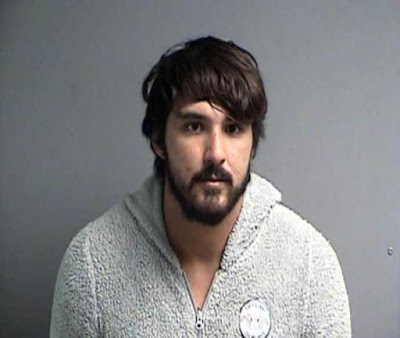 But he believes borough police overstepped when they hit his brother, who wasn't posing a threat to officers, and slapped the phone out of his hand. Jason Hemmerich said Hopatcong police had charged him with harassment and obstruction for filming the incident. Sussex County First Assistant Prosecutor Greg Mueller said his office would be handling the investigation into the alleged assault and "the appropriateness of the charges against the brother." His office, he said, wouldn't be releasing the names of the officers involved at this time. Mueller said later on Friday afternoon that the officer who slapped Kevin Hemmerich has been placed on administrative duty pending the outcome of the investigation and will not have interactions with the public.
Posted by arbroath at 6:01 am
Email ThisBlogThis!Share to TwitterShare to Facebook

Asshole acts like asshole, gets upset when treated like asshole...and the cop gets in trouble. Man, I don't want to live on this planet anymore.

HELLO! I JUST ADDED THIS SITE TO MY GOOGLE READER, EXCELLENT STUFF. CAN’T GET ENOUGH!
섯다

I DO BELIEVE ALL OF THE CONCEPTS YOU HAVE INTRODUCED IN YOUR POST. THEY’RE VERY CONVINCING AND WILL DEFINITELY WORK. NONETHELESS, THE POSTS ARE VERY QUICK FOR NEWBIES. MAY JUST YOU PLEASE EXTEND THEM A BIT FROM NEXT TIME? THANK YOU FOR THE POST!
스포츠토토

HELLO, I THINK THAT I SAW YOU VISITED MY WEB SITE SO I CAME TO RETURN THE FAVOR. I AM TRYING TO FIND THINGS TO ENHANCE MY WEB SITE! I SUPPOSE ITS OK TO USE SOME OF YOUR IDEAS, THANKS FOR THE INFORMATION.
성인웹툰

HI! THIS IS GREAT INFORMATION THAT YOU PROVIDED TO US!
안전놀이터