Wichita police arrested three people on Sunday in an incident that began when a man threw an inflatable penis at an officer's horse.

Officers were patrolling the Old Town area on horseback at about 1:20 a.m. when they came across a large group of women in their early- to mid-20s who had been celebrating at a bachelorette party, police said.

Also in the group was a 24-year-old man, a brother to one of the women at the party. He was carrying a 5-foot-long inflatable penis, police said. 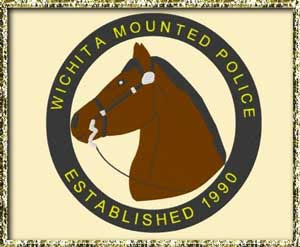 "While he was joking around with this toy, he launched this large toy toward one of our officers, who was on horseback," police spokesman Gordon Bassham said.

The toy struck the officer's horse, causing the horse to get spooked, he said.

Police arrested the man, of Eastborough, on suspicion of battery of a law enforcement officer, in this case, the horse.
Posted by arbroath at 10:13 am
Email ThisBlogThis!Share to TwitterShare to Facebook